One Of Those Posts Where I Talk About "The Future"

25 March
I feel like, periodically, every blogger I know posts one of these posts where they talk about how it's time to make some changes and do some things differently. Sometimes they get really excited about these changes and then never follow through. Well, I feel like I see that a lot at least.

Circumstances have encouraged me to rethink how I go about approaching the Dispatches From Kickassistan. 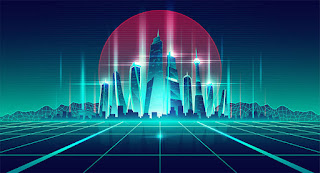 Used to be, this blog was my chief outlet for gaming-related thought. Two years ago, this ceased to be the truth when +Donn Stroud & I started up +Drink Spin Run - An RPG Talk Show Podcast. Turns out, lots of the same folks who read DFK -- but not everyone -- also listen to DSR, which is pretty cool. Over these past two years, I've become more and more exposed to the gaming podcasting community, the YouTube gaming community and all sorts of other facets of the gaming scene online. Some of it is awesome, much more of it is utter crap.

DSR has been doing more and more stuff through our Twitch.tv (http://twitch.tv/dsrcast) and YouTube (https://www.youtube.com/channel/UCuzmUVMfQGwu_QdxAim5kbg), which has involved a lot of learning, too, and has been a lot of fun. We've got a Patreon campaign (http://patreon.com/dsrcast) that takes up some time as well, but that's been pretty easy to get along with.

But you probably know all that, right? Because, if my "research" of what's going on with the interconnectedness between DSR and DFK has taught me anything it's that if you read this blog, you probably listen to the podcast. I appreciate
that.

Posts made here on the ol' blog typically are of one of two types. First, there's new content, shit I actually made. The "current" series of posts on "This Old-Module-Ing" B5: Horror on the Hill is an example of this. I like to make stuff. This blog is a great place for that. Second, there's commentary. Times when I talk about my opinions on a thing like my last post (the one where I talk about running Palladium's TMNTOS system). Sometimes these are reviews, but that's rare. In fact, I don't think I ever do reviews, despite the fact that other folks have called some of my commentary a review; rather, I feel like I talk about my experiences with a product (I have intense respect for folks who actually do reviews; what I do cannot measure up since I'm easily derailed by talking about my experiences rather than just giving the facts).

The statement that follows is by no means a commitment and by no means a great pronouncement of the Way Things Shall Be. Understand that. Since all of this is stuff being done by folks with lives and real concerns and things that Actually Matter, everything is subject to change at a moment's notice, right?

Part of the reason that I want to move the commentary to YouTube is that nearly every video I can find on YouTube that pertains to rpg gaming is either about shitty mainstream games (or containing shitty mainstream opinions) or is by Adam Koebel. That might be a bit of an exaggeration, but I feel like continuing to keep the commentary posts here on DFK is sort of just shouting into an echo chamber; you're probably here because you already agree with me, and that's only getting us so far. Rather, I feel like it makes sense to do with my own commentary what Donn and I are doing with DSR: get these thoughts out where they're like to do something. Not necessarily change anyone's mind (I'm not here to give you an opinion), but at least shake things up a bit. If I look back at the last two years of the DSR podcast, the thing I'm most proud of is the times when we've stirred shit, tackled tough issues and gone against the grain of what popular opinion suggests is the right way forward, which seems to be the same thing I do when I write commentary.

Now, I'm not saying that I'm a controversial figure. Far from it. I'm not a polarizing sort of person (other than the "I like that guy" vs. "I hate that guy" pole).

Rather, I'm the sort of person who spends an awful lot of time gaming outside the mainstream of gaming, cares a lot about what I've found there, and enjoys spreading that fun as far as I can. The YouTube community needs another mainstream vlogger like it needs another stupid cat video (which is to say "not at all, but it's going to get it anyway") and the DFK echo chamber needs my opinion about as much. Why not try to stir shit up on the place where we basically get same old same old taken as read?

There you have it. That's what I'm going to try to do. I think. We'll see.
blogging podcast YouTube