This Old Module-Ing B5: Horror on the Hill, Inspiration & Background

04 February
I could start off with the same tired "fuck yeah Appendix N!" line you've heard over and over again (often from me), but I want to talk about some specific influences here, because I think it's important that, at this stage in the renovation process, we understand where we're going. We're not talking about a simple conversion, no. Any old chump can do that. Converting doesn't put any of myself into the process. What we're doing is a real renovation, and nothing is sacred. We're going to take someone else's module and make it mine.

Some of the influences that I find most inspiring for this project. 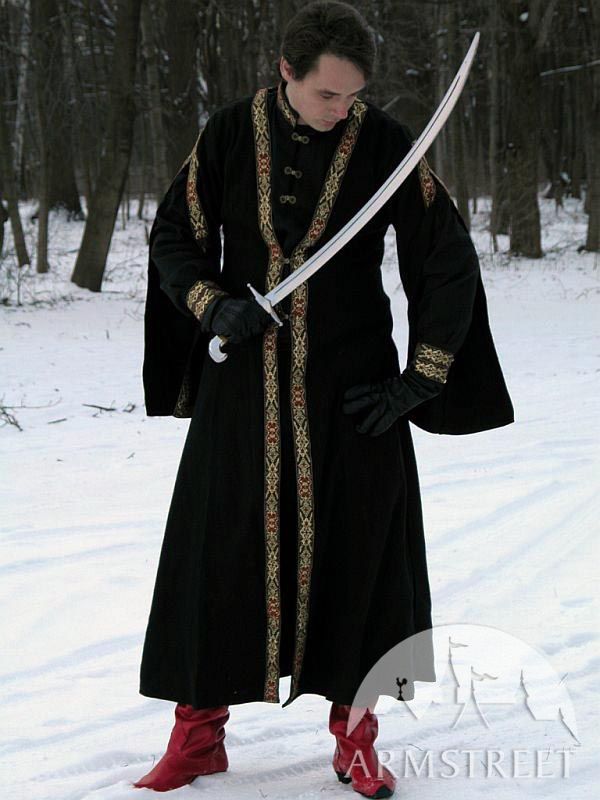 And that's all guiding us forward as we go.

In the ancient days, a cloister of scholar-monks made their home at the crest of the Hill. We know little of them and their ways, save evidence of crumbling and moldering texts and scrolls are all that's left of their order. From the settling of the first of the Wolczik tribesmen in the shadow of the Hill, the monks' monastery, in ruins now for more than a century, has weighed as an ill omen of darkness to come. And came darkness did. When the Wolczik tribes came to these lands, a beast issued forth from the cave at the foot of the hill, that cave strewn with impossible bones of creatures no man had seen alive. A dragon vast and scaly, the fiend breathed a noxious flame equal parts pyre and poison. The dragon had slept during the first Wolczik migrations into its lands and was enraged to find the new interlopers decades later when it woke. It set upon the villages of the Wolczu, demanding tribute in a tongue so ancient, the elders say, that the first man had not yet drawn breath when that tongue had died out. Though they knew not the words, the Wolczu knew the meaning, as if those meanings were what had been spoken, not any words at all. The threat was obvious: present the dragon with tribute worth of it, or face its wrath.

At first, some were defiant -- and defiance was met with rapine and ruin. Whole families met death beneath the fiend's flames, their lands corrupted and despoiled by its poison. To this day, there are blighted spaces in shadow of the Hill where nothing may grow. To this day, there are families who know no heir and are presumed to be extinct to a man, villages no more than char and ash, walls naught but tumbled stone. The only way to survive was to obey the dragon and thus they did, except for one.

A goatherd who had been tending his flock when the dragon had boiled his lands and his family blazed, Bartosz the Elder made the long trek from the foot of the Hill seven days to the court of Gragan Osztjo, the tribal cheiftan who had become king of these lands. Gragan wept with Bartosz, led the shepherd to sup from his table and drink from his goblet in sorrow, and came to call the widow "brother."

When Gragan called for his bravest tribesmen to take up arms against the beast, it was his own three children who answered the call. First was Gragan the Younger, the middle child, wise and quick-witted with a gilded tongue. Next was Hanuszka, the eldest, fierce and fiery, she was the strongest of the three and wisest in the ways of war, shamed that she had let her brother pledge his spear first. Last was young Dobrogost, a fair-haired youth who had seen only twelve winters, yet was brave enough to stand by his sister and brother. Gragan wept tears of proud despair, for he was bound by Wolczik law to not refuse a spear pledged in vengeance.

Yet Bartosz, the weary widower, could not bear to see Gragan lose all his children as he had, and begged Dobrogost to withdraw his pledge. Knowing that Trzejnobog, the God of Threes, he who is held most holy of the gods by the Wolczu, would favor three worthies more than two, Bartosz begged Gragan for a spear and a helmet, that he might have his own revenge and stand by the side of those who Wolczik law now considered his nephews. Gragan could not refuse, and soon Bartosz rode a tall courser alongside Hanuszka and Gragan II's destriers toward certain death. Though the poets disagree on the details of the battle, the outcome is the same no matter the source: at the end of the bloody affair, only Hanuszka crawled out of the cave at the foot of the Hill. It is said that Bartosz and Gragan II's bodies were never recovered and that the cave serves as mausoleum for man and dragon alike.

The dragon slain, the Wolczu rejoiced and held forth Hanuszka as a triumphant conqueror, and she begged her father to grant her lands around the Hill, that she might make sure the evil never return to Wolcz. Gragan I commanded his tribesmen build a fortress on the opposite bank of the River Zska from the Hill, and bade her guard it -- and Wolcz -- from foes human and monstrous alike. In mourning for the loss of her brother, Hanuszka named the fortress Gragova, and made her coat of arms a man and a dragon dealing death to each other.

Dobrogost was declared Gragan I's heir and took up his banner upon the father's passing. In time, Dobrogost's son and heir, Gragan III, came to his aunt, the Lady Hanuszka and asked her permission to retrieve his uncle's remains from the cave where they had been left. By Wolczik law, Gragan III was required to ask, and by that same law, Hanuszka could not refuse, though she knew it folly. Thus, last year, did Gragan III  and his Companions stride into the maw of the cavern at the Hill. There has been no sign of him since.

Hanuszka has declared the Hill anathema, and forbids her people to cross the River Zska within eight miles of it (the distance a horse will walk in two hours).  This last Grandfathers Feast (a semi-annual holiday honoring those past), she outlawed the now-traditional pageant of her victory over the Horror on the Hill.  In her sorrow, Lady Hanuszka allows no mention of the name "Gragan" within the walls of the fortress named after him. The lands at the foot of the Hill have grown wild and fallow, and campfires have been seen dotting her slopes, though she be shunned by the Wolczu. Travelers -- Wolczik and foreign alike -- have disappeared from the roads and rivers of the land, and locals fear to go abroad at night. And on certain nights, when the fog hangs low over the Zska, a miasma,  a poisonous, smoky haze, can be seen rising from the mausoleum-cave where the dragon once dwelt.
B5 Horror on the Hill This Old Module