02 March
Back in the mists of time, when I was a high schooler, I remember that the same goof-off stoner in marching band who got me into Mr. Bungle (he just gave me their self-titled first album on cassette saying "Here, you like weird shit, take this") used to use the word "wookalar" as if it were a thing that everybody should know about. From Wade's use of the word in conversation, it became clear that wookalars were humanoid-ish sentient beings and that this other guy named Luke knew how to speak their language, which sounded like a throaty warbling not unlike that of Wookiees. Was the wookalar just a knock-off stoner wookiee? Maybe. If anything, that made them more interesting in my mind. Wade saying "Oh shit, did you see that wookalar over there?" to distract me while standing at attention during marching band practice cemented the imaginary guys in my brain and many years later made me figure out what I thought a wookalar is. And while it's clear that Wade's use of the term was either intended to confuse or to bait the listener into asking "what's a wookalar?" (a question which I never heard asked, but to which I'm sure that Wade had a carefully-crafted answer at the ready), the fruits of my own imaginings have showed up in the Metal Gods campaign.

A race of giant humanoids that stand 11-12' tall, the majestic wookalars of the forests and swamps of northern Ore blur whatever lines are drawn between men, animals and plants. Though roughly shaped like men, wookalars are covered in a deep shag of wavy hair that's less like a human's and more like that of a really fluffy dog. This coat of fur is almost always a series of dark earth tones -- with a few lighter-tinted highlights -- that mirrors the wookalars' environment and often contains elements of that locale. For example, many swamp wookalars will sport epaulets and even beards of moss while forest wookalars may have the tender leaves of small saplings adorning their coats.

Each wookalar -- male and female alike -- sports a rack of antlers not unlike those of a great elk except for one important detail: rather than being made of horn, these antlers actually made of wood, sprouting from the head as if the wookalar were some shaggy tree. These antler-branches grow from year to year and support leaves when in season (usually April through September), though often the wookalars' high level of activity causes many of these leaves to fall prematurely. There are tales of ancient sedentary wookalars who spend their life in mystic contemplation whose branchlers (the technical term) are unimpeded in growth by their (in)action and thus grow to nearly comical proportions. Further, some unsubstantiated rumors suggest that in the extreme northern climes of Ore, beyond even Hyperbarbaria and nearly to the polar Thunderlands, exist a breed of hardy arctic wookalars whose branchlers are evergreen rather than deciduous.

One final defining physical characteristic of the wookalars is the fluid number of joints their skeletons appear to have. One wookalar may only have one elbow per each arm, whereas another may have two or three. Knees are likewise in various supply and distribution. This variance maintains lateral symmetry, however, and no wookalar has more knees or elbows on one side -- left or right -- than the other, but are rarely more than three per appendage. Similarly, the fingers and toes appear to possess "extra" joints as well, often resulting in oddly curved digits. 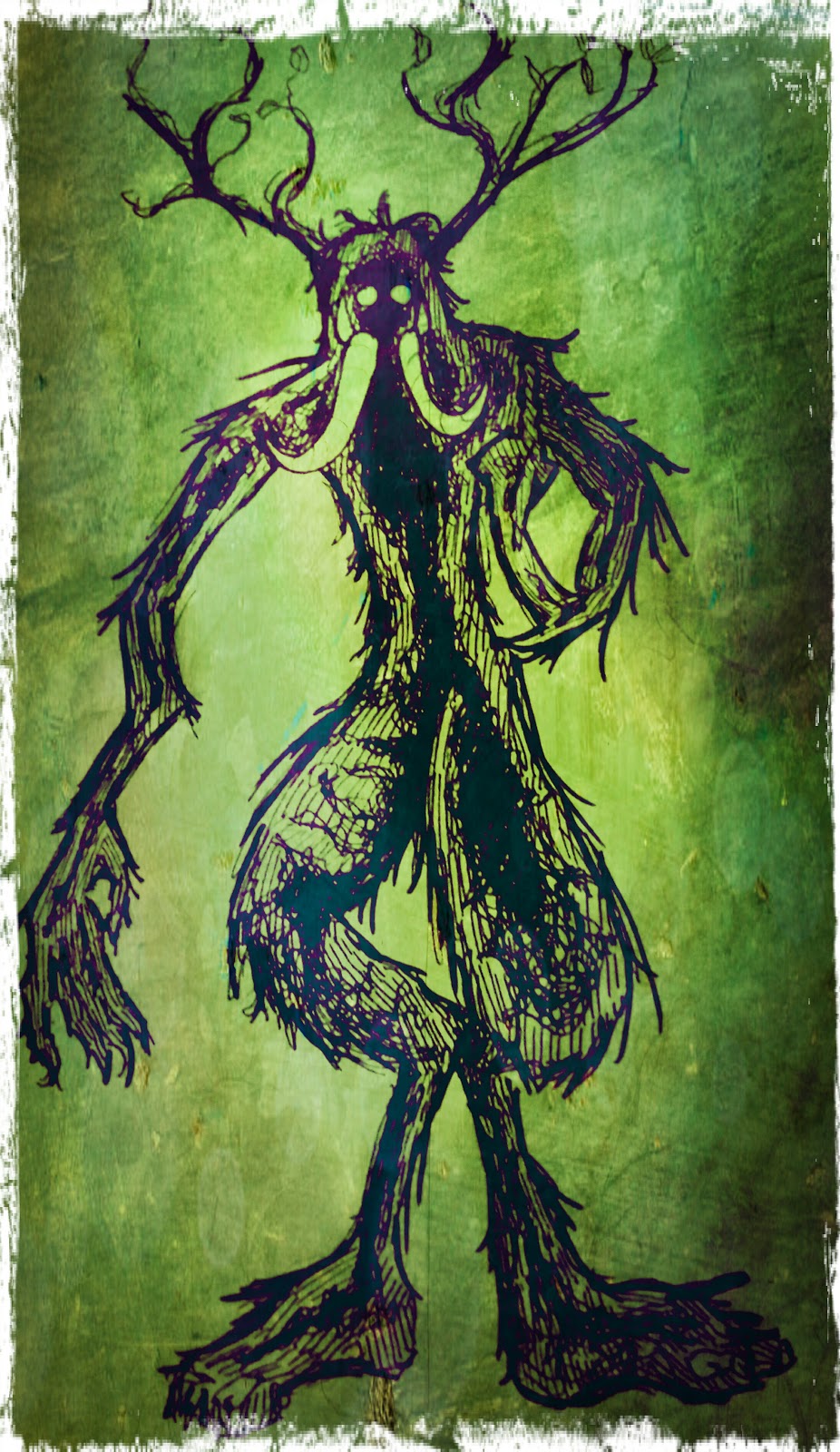 As a people, the wookalars are famously peaceful and seem to take a live and let live approach to life, which is great and all, but there are some concepts common to other species that wookalars seem to have no understand of. Such as personal property. Or nations. Or borders. Or value and trade. Thus, wookalars go wherever they like, take whatever strikes their fancy and eat anything that think might taste good. In general, their natural lifestyle seems to be that of incredibly laid back (and often remarkably lucky) hunter-gatherers (more like "happen upon-picker uppers") and are often treated as a nuisance by neighboring peoples. In particular, the wookalars of the Filthwallow Swamp between Karel and Kuth face a high degree of persecution: the Karelites have built a large wall around the Swamp and a bridge over it to keep the wookalars out of Karel's fields, farms and pastures and Kuth situated itself on the opposite side of a range of mountains to segregate itself from Filthwallow's wookalars (many of which were displaced refugees from the forests of Kuth).Further, the Filthwallow wookalars share their lands with the mad marshmen, the Losels (see next week!), a hulking race of swamp-dwelling proto-men who are fiercely territorial, sparking a series of border skirmishes between the two races that the wookalars can't quite understand.

Many of the more contemplative-minded wookalars develop shamanly or wizardly talents, but have never been observed to practice any form of violent magic (such as Magic missle or Flaming hands), preferring more peaceful or constructive spells as well as those that impart knowledge or improve understanding.

While as a species the wookalars prefer peace, when backed into a corner they can fight ferociously. Beneath their shaggy coats, wookalars boast long, sharp claws -- which are actually more like thorns, much as their branchlers are quite treelike, these thorns aren't unlike huge, strong briarthorns. Further, all wookalars boast some form of tusks, whether in the lower jaw or the upper jaw or even both. A wookalar enraged enough to gore an enemy with its tusks is a fearsome sight to behold. Thankfully, few ever see it.