13 March
The title of this post says it all! Here's the cover of the upcoming Metal Gods of Ur-Hadad #3, yet again featuring the fantastic art of the remarkable Mr. +Wayne Snyder. 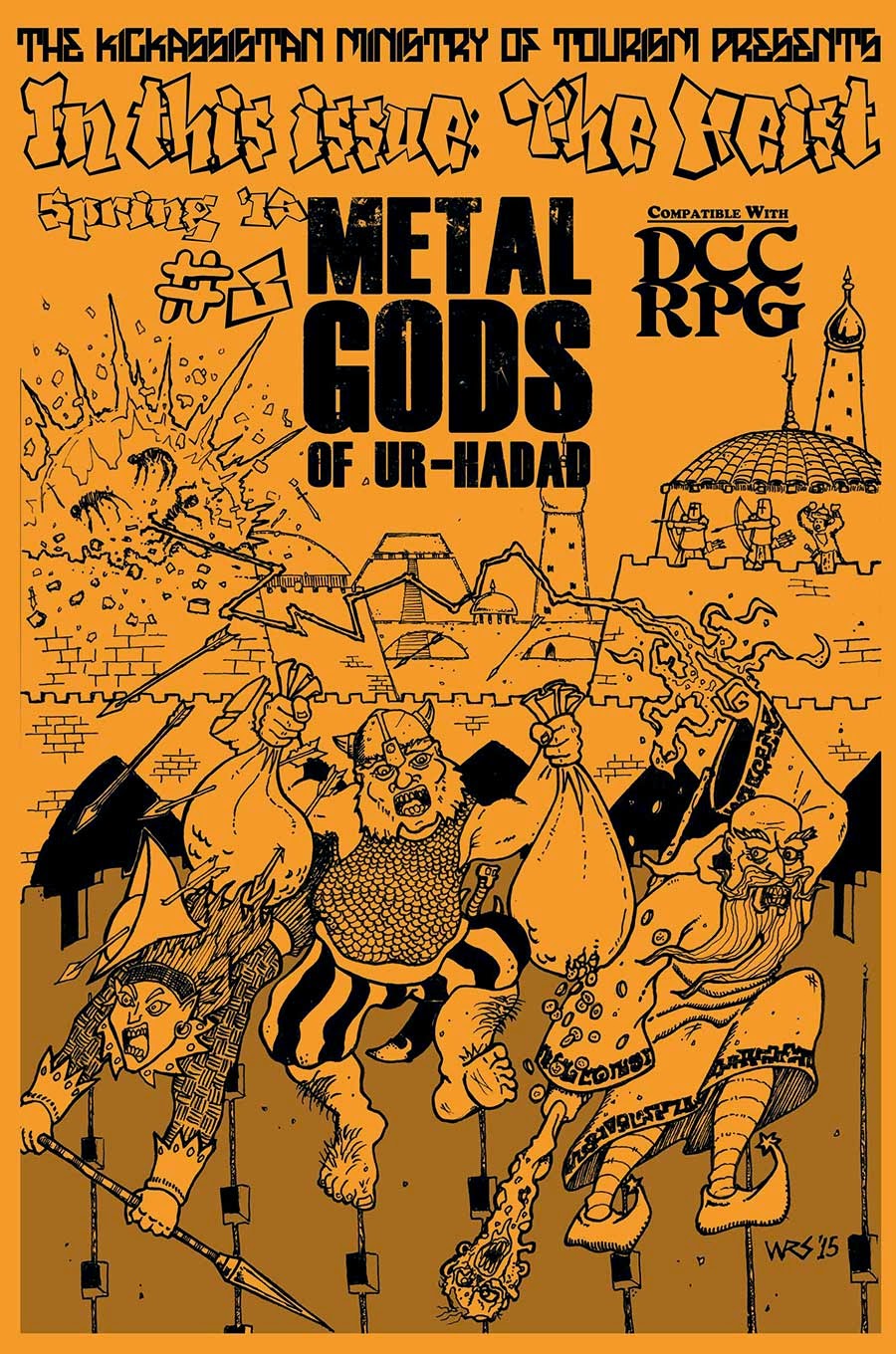 We're working on finalizing this issue now. A final manuscript should be sent off to Mr. Goodman here in the next few days, at which point I start in on layout. The cover should be off at the printer probably by Monday and I'd like to have pre-order rocking while I'm off at GaryCon. Yep, if you're going to GaryCon, you should have the first whack at getting your hands on this issue!

So, some brief commentary on this cover. First, I love that Wayne takes each cover up a notch. This is one of those pics that I notice something new every time I look. I just noticed that the sack on the halfling's left is spilling coin, despite the fact that it's not the one with arrows in it. It took us a surprising amount of time to settle on orange as the color for this cover. Wayne initially intended on making this a wraparound cover, but I'm happy with what he ended up with.