The GenCon Haul: Breaking it Down 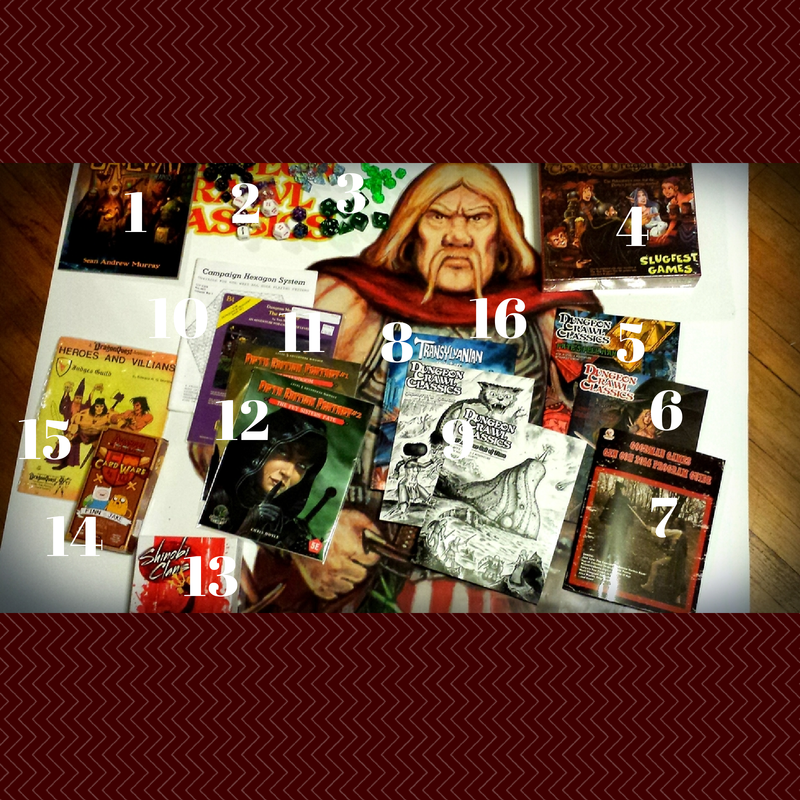 I sent this picture around ye olde social networks the other day, so I thought I'd go ahead and talk about the stuff that's in the pic, since a lot of it has either a story attached or needs some elaboration. Here we go.