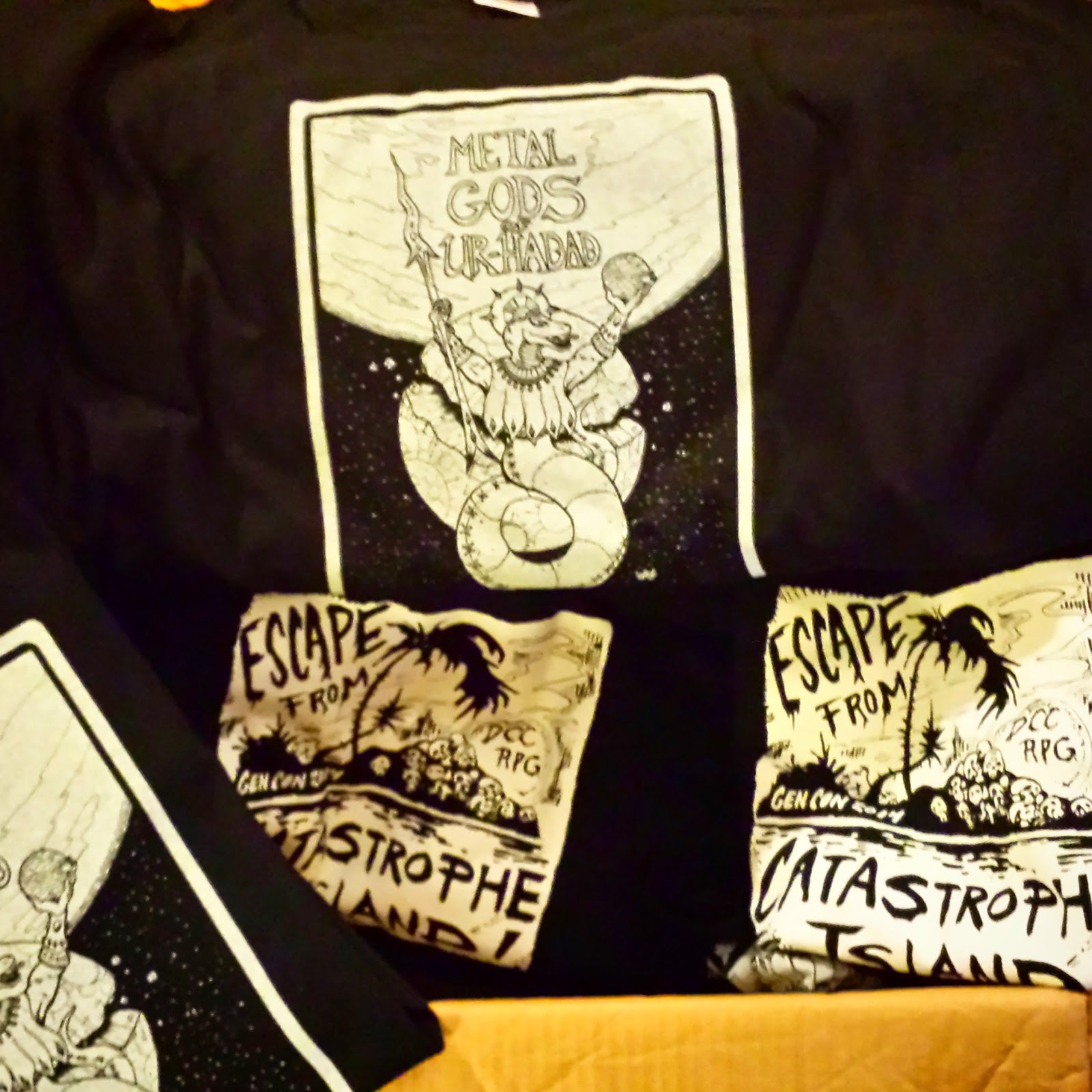 Ladies and gents, GenCon is nearly upon us and, for the second year in a row, +Wayne Snyder and I will be going (along with +Kathryn Muszkiewicz, of course), repping the Metal Gods crew. This year, we'll be joined by our fellow +Metal Gods of Ur-Hadad idiots +James MacGeorge, +Edgar Johnson, +Gabriel Perez Gallardi and +Doug Kovacs (he always goes to GenCon, but it's only been within the last year that he started gaming with the Metal Gods crew). I'll be running several DCC sessions at the con (one is a playtest of a Metal Gods adventure that will likely turn into the Kickassistan Ministry of Tourism's first non-zine publication, the other is a development playtest of a module the Metal Gods have yet to face), as will Edgar. In addition Wayne & I will be helping Doug with the ever-popular after hours gaming madness that is DougKon (along with +Jen Brinkman, +Rick Hull and possibly +Harley Stroh) for the brainsplosion that will be Escape from Catastrophe Island.

For us, conventions always mean an opportunity to pimp new Metal Gods stuff. Well, as of this year. Sure. That's what it is. We love hitting up conventions, and so to celebrate, we've made a bunch of awesome stuff that we want to share with the DCC community. Sure, some of this stuff we'll technically be selling, but we think the pricetag is a fairly small price to pay for the excitement of having this cool stuff around. Here's the stuff we'll have on tap for GenCon 2014:


Other, non-Metal Gods swag that Team Ur-Hadad is responsible for:
There is a chance that there will be some leftover Metal Gods swag, as I mentioned. Keep an eye open here for further details.
convention DCC GenCon Metal Gods of Ur-Hadad zine