20 April
So, a few weeks back, when I talked about ASSH, I mentioned that the ASSH box included Diamond Dice, a brand of precision dice that we used to see advertised in the pages of Dragon Magazine back in the day. I had more or less forgotten about Diamond Dice, particularly with my growing dependency on GameScience's funky dice thanks to DCC & Goodman Games. But the current dearth of GameScience dice (they're not currently in production by anyone and no one's giving us a date as to when they will be), poppa needs to get his precision dice fix.

And then +Jeff Talanian introduced me to Diamond Dice.

And thus the crack that is GameScience got replaced by the freebase that is Diamond Dice. 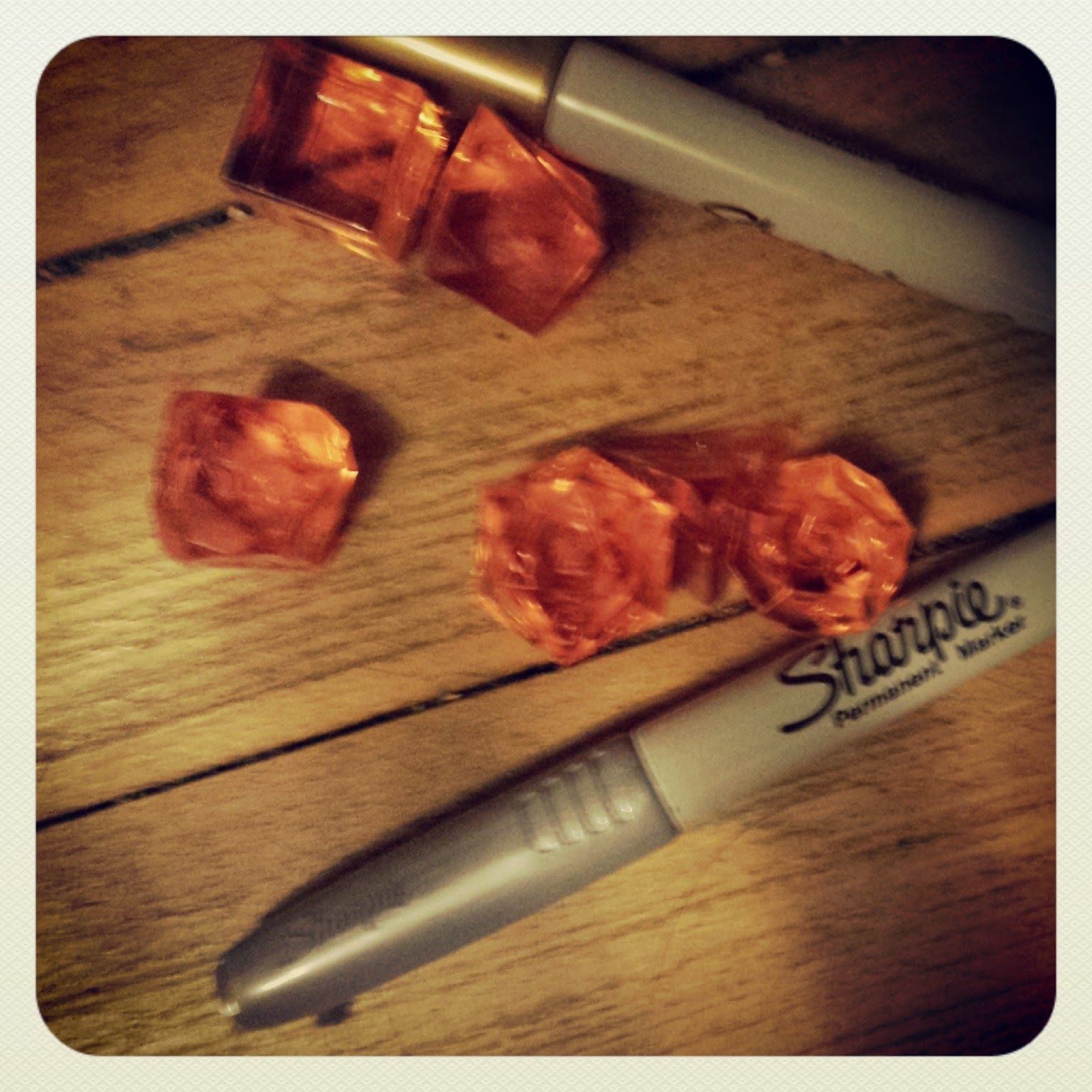 Well, maybe not replaced, because much like the GameScience dice, Diamond Dice are also no longer being made. And so, I've had to go searching for them. I happened across a solid source of them through eBay (I'll be happy to share that source with folks who're interested, just let me know; you could just search on your own, and you'd find what I did, or I can give you a link) and have been picking them up for less than I'd expect to pay for GameScience dice sets new, despite the fact that these things are out of print.

I don't know why Diamond Dice are no longer in production. I remember Jeff saying something about the guy who used to make them selling off all his stock a few years ago. It's really a shame; these things are nice. Sure, a set doesn't include my funky dice, but now I do have a nice set of dice where every die is a precision die.

Diamond Dice are not the same as GameScience dice, which is to be expected. All of the dice are slightly larger than the GameScience ones. This is especially nice for the dice that always felt small in GS dice like the d6 & d12. Just like many old school dice, DDs come uninked, leaving the task to you. I've had some (mostly bad) experience in doing this with my GS dice, so I viewed the DDs as a challenge and an opportunity to fine-tune my technique.

Inking dice isn't anything revolutionary, but there are some things you can do to make the task harder or easier. I'm guessing you're in for the "easier" column. And so, let me share my insights. The following step-by-step uses metallic paint Sharpies (not water soluble, since +David Baity asked elsewhere), but I'll include notes for crayons when appropriate. 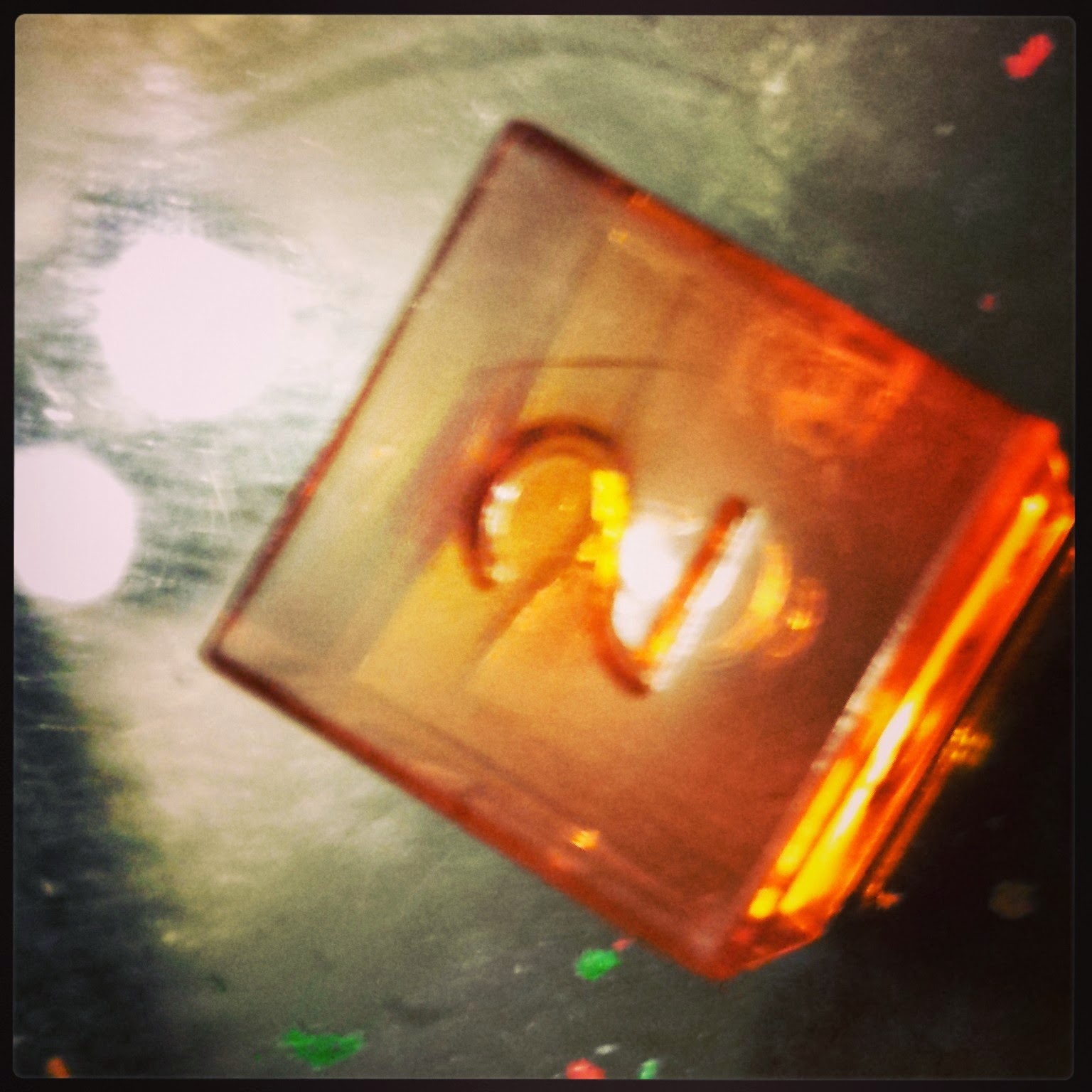 Before you get started, it's a good idea to identify how you plan on inking the dice. Check out the dice before you do so; if all of the numbers are nice and deep, you can use crayons or a Sharpie. If not, you're stuck using the Sharpie. The Sharpie isn't so bad, and usually looks nice, but takes a little extra work. Crayons clean off better but can have some trouble filling in particular angles and such. 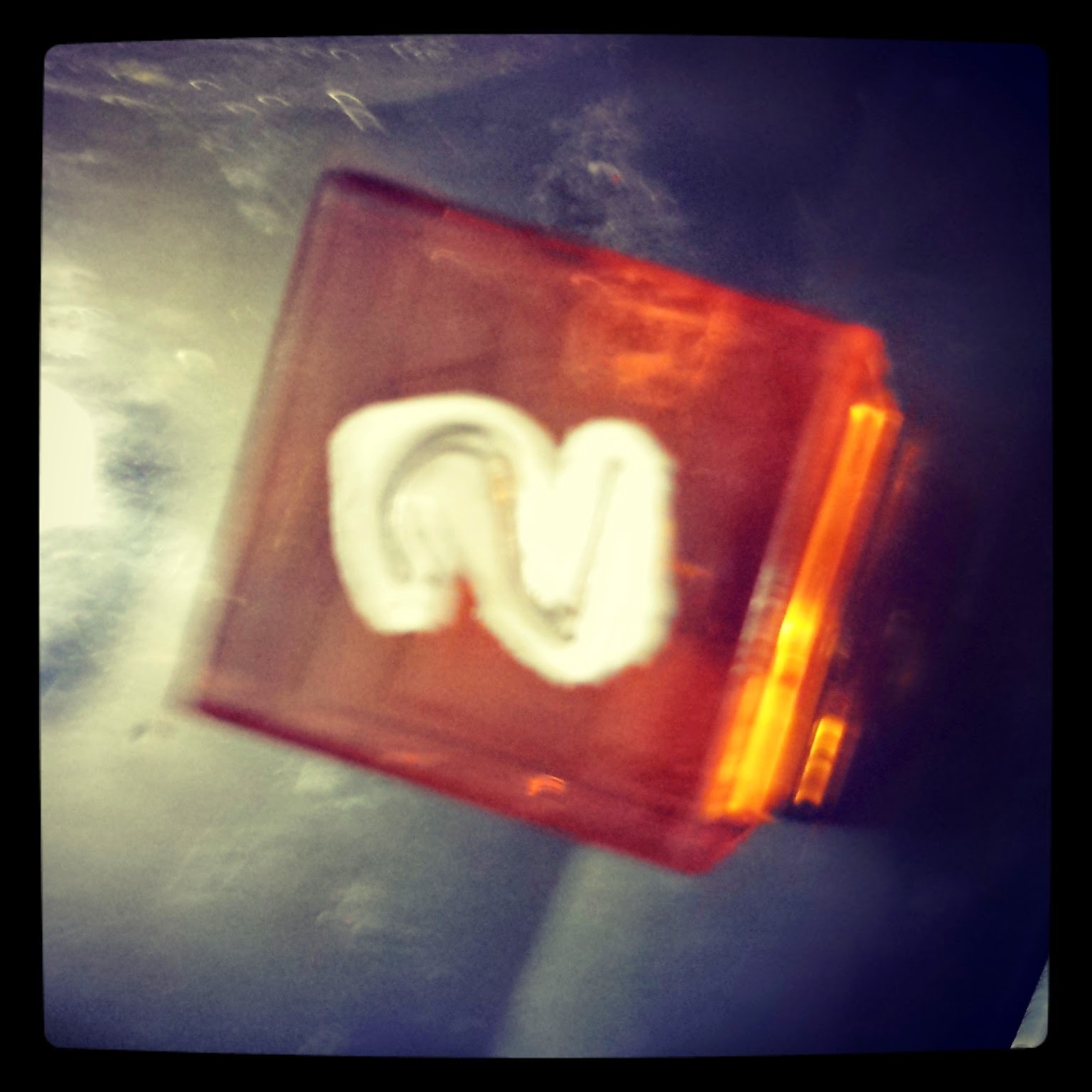 The reason this thing looks like crap is that the point on a Sharpie paint marker isn't that fine. It'll fill the grooves of the number quickly and easily, but you've got to clean up the slop damn fast. I was a little worried about the amount of time it took to take this picture being enough for the slop to set in and get all permanent-y. (Also, metallic paint Sharpies really stink. For me, that's the biggest drawback.) If you're inking in crayon, you're not going to have that problem, but you might have trouble filling in the number's grooves. I recommend using the butt of the crayon (not the point) and dragging it across the groove (rather than along it), so that the groove scrapes wax off to fill it in. If you have any gaps, you can use the point of the crayon. 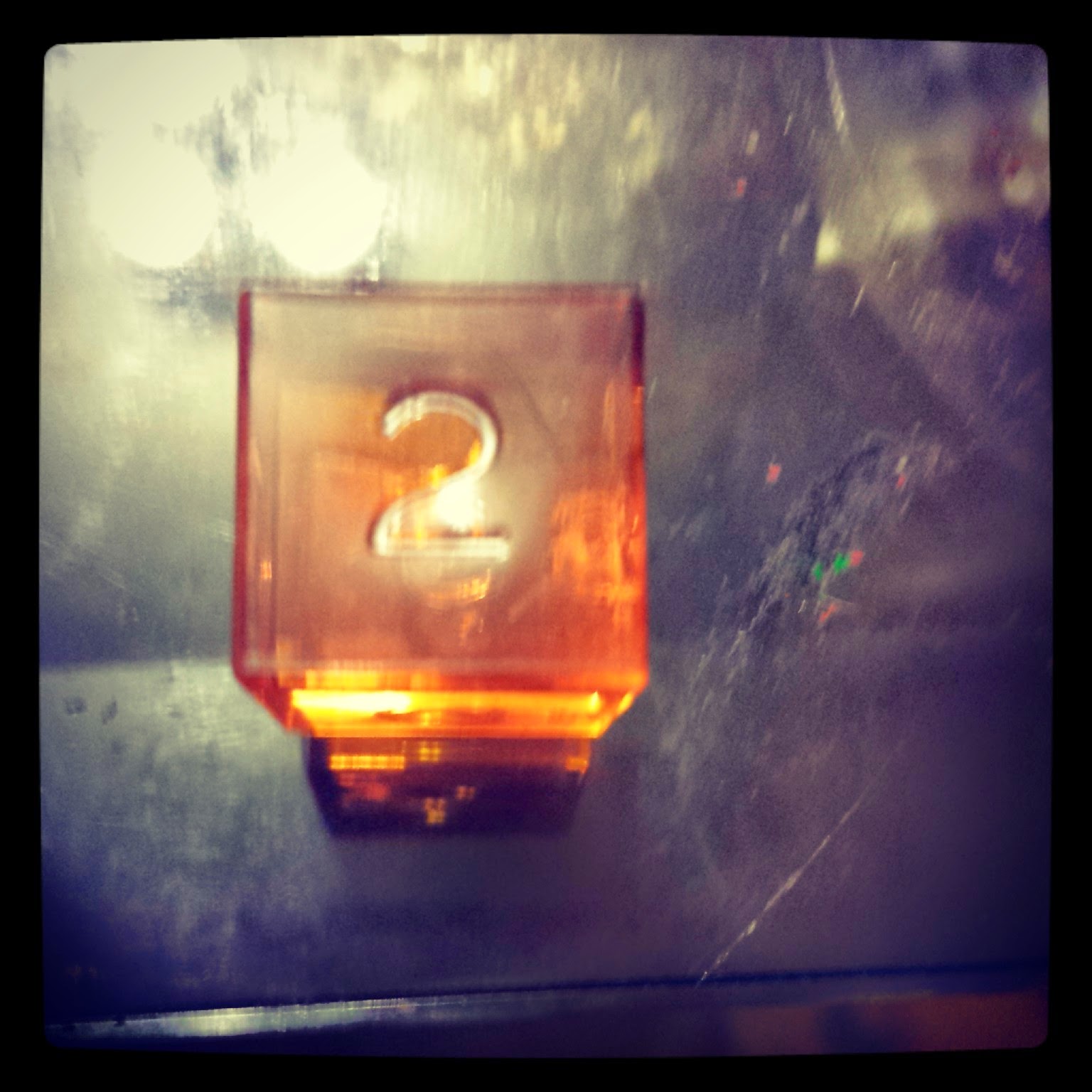 Just a little paper towel and these things clean up great. Both crayon and Sharpie need to be wiped clean from the surface, but the crayon doesn't have any kind of timer on getting it off, unlike the Sharpie. If you don't get that Sharpie off of the surface of the facet, it can set and really make it ugly. I just use a paper towel and call it good. All in all, this is a simple procedure, but I really wish someone had walked me through it two years ago when I first started screwing up my GS dice. Up side: I've now got several really pretty sets of Diamond Dice.

Next time, I'll talk about inking technique on the Diamond Dice d20, which is a beast into and of itself.
DCC funky dice Goodman Games