06 June
I had a hard time coming up with a "F" entry into my #AtoZRPG experiment, and I've had an even harder time coming up with an "I"-word. I resorted to consulting the indexes of the game books I use when DMing the various versions of the world of Ore. Initiative? Nah. Intelligence? No way. I abandoned that logic and went back to my particular well and looked to some of the "source material" that I cite as my biggest influences. There are two primary works which inform my vision of Ur-Hadad: one is Italo Calvino's short novel (of a sort) Invisible Cities and William S. Burroughs's concept of the Interzone. At first I wanted to talk about the Interzone, but I decided that, blessed with a choice between two different "I"-concepts, I'd pick the one that I directly reference more often and go with Signore Calvino's work instead.

This is going to be difficult. First, I'm trying to explain a book that is terribly difficult to explain, then explain how I use that book to inform how I write stuff for the various Ur-Hadad campaigns floating around (which, right now, number at 3). I rely on Italo Calvino's 1972 (in Italian, 1974 in English) novel Invisible Cities more than any other single resource when I'm planning material for gaming in Ur-Hadad, even more than rule books. Here's why. 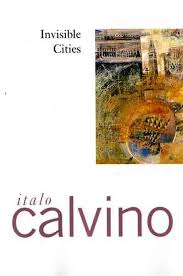 It's hard for me to call Invisible Cities a novel. It's more of a series of interconnected vignettes, descriptions really, strung together with common themes and a common structure, cemented with a small amount of meta-story that wraps everything up in one package. But that's not a discrete category of literature, so we'll call IC a novel for brevity's sake.

The basic set up of the novel is that Marco Polo is in the employ of Kublai Khan, Mongol emperor of all China, as an ambassador. At least at the beginning at the novel (it's not clear if, later in the novel, this ever gets cleared up), Polo and the Khan do not speak the same language, and so Polo -- whose job it is to go to every city in the empire and bring back to the Khan a report of what that city is like -- is "reduced" to using metaphors and phenomenological descriptions not of what the city is like, but of what it's like to be in that city.

Thus, the descriptions of the city have less to do with "this is here, that is there" and more to do with sensory impressions and memories that Polo associates with the particular sensations that the city impresses upon him. Here's an example:

"When a man rides a long time through wild regions he feels the desire for a city. Finally he comes to Isidora, a city where the buildings have spiral staircases encrusted with spiral seashells, where perfect telescopes and violins are made, where the foreigner hesitating between two women always encounters a third, where cockfights degenerate into bloody brawls among the bettors. He was thinking of all these things when he desired a city. Isidora, therefore, is the city of his dreams: with one difference. The dreamed-of city contained him as a young man; he arrives at Isidora in his old age. In the square there is the wall where the old men sit and watch the young go by; he is seated in a row with them. Desires are already memories." 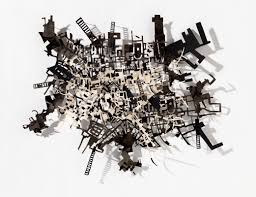 The novel progresses forward with vignettes like this, interspersed with small bits of interaction between the Khan and Polo, but this stuff is the reaI'l meat of the book. By hitting on the evocative sensory details and connotative psychological details of each city, we, as readers begin to understand what it's like to be in each city. In the years since its publication, IC has proven to be a source of inspiration for architects, city planners and anyone with an interest in what the experience of being in a city is like. Some have suggested that IC offers an alternate theory of how cities are formed and how they go about their functions, but I prefer to think that, rather, IC details different ways for us as a species to interact with each other based on common experiences that we don't often think of as common; that the structure and content of cities and the way in which they are held together become a shorthand for the experiences that we have with them. 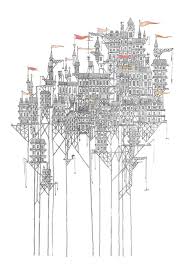 I'm pretty confident that everything you'll read in IC is like something you've seen in a city before or can imagine seeing in a city. In large part, I expect that things that Calvino has added to his various cities are things that should be found somewhere in Ur-Hadad and that every vignette in the novel could be found in a traveler's guide to the First City. And so, when I'm writing an adventure within Ur-Hadad, one of the first things that I do is flip through IC to a random vignette, using what I find there to inform the setting of the adventure. For example, for A Night In the Lucrewarren, I flipped to the vignette Trading Cities 1 and used that bit (complete with its description of a Memory Market) to lay the groundwork for the adventure's setting. I used the recently-written Lucrewarren of the Lotus Gate as the setting for the adventure since that was the part of Ur-Hadad which most captured the feeling of Calvino's vignette. Sort of like +Zak Smith's Vornheim, IC is not so much a travel guide to Ur-Hadad (nor being used as one), but more as a source of inspiration for the places in which adventures in the First City might happen. 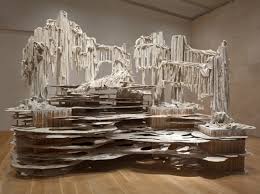 So, depending on how much you want to know about IC or Ur-Hadad, you might not want to read this bit. If you want to maintain the immersion of a player in the world of Ore, you might want to avoid learning the One Thing that I use as my guiding principle for Ur-Hadad. If you plan on reading IC, you might want to do that and then come back here and finish this post because >>SPOILER ALERT!<<.

Okay, are we clear? I'm moving on. If you're still here, I'll assume that you're in for the big prize.

Near (not even at) the end of Invisible Cities, and bear with me because I can't find the exact page where this happens so I'll be paraphrasing, Kubla Khan asks Polo why Polo has never described his native Venice. Polo contends that he has, that every city he has described -- and every city he will ever describe -- actually is Venice, at least in part, in essence or in some fragmentary, fractured sense.