In The Shadow of the Black Giant: Stuff I Forgot In the Character Primer

30 June
As usual, when I wrote my Character Primer for In the Shadow of the Black Giant, I seem to have left out some important bits of information. While I was working through that stuff, I realized that there was a thing or two that I felt I needed to expand upon. When I was writing the original Bonds section, I felt like I was missing something, like there should have been an easier way to go about writing the NPC Bonds, something I think I've found an answer to and am including here.


I'm not a fan of the nine-fold alignment, nor even the five-fold alignment of Holmes/BLUEHOLME, and I'm afraid I'm going to have to let that distaste influence Alignment in ItSotBG. Part of the problem is that I feel that once you introduce Good and Evil into the game as universal constant concepts, players are robbed of many interesting choices since playing a Good character instantly becomes the implied baseline. There's a "best" alignment and it's Good. Shades of gray out, moral absolutism in and choices are suddenly less interesting. Instead, I prefer the threefold Law/Neutrality/Chaos axis, which I think is particularly poignant in ItSotBG because the philosophers that I feel best exemplify the ethical theories exemplified by Law and Chaos were German.

Law is the ethical stance that the good of the group outweighs the individual. A lawful character will put themselves in harm's way before his allies. The lawful focus on the benefit to society marks the lawful philosophy as remarkably similar to the Categorical Imperative ethical stance taken by Immanuel Kant.

Through choice or indecision, neutral characters place no ethos above another, instead adhering to a path of pragmatism. This neutral philosophy blends a breed of enlightened self-interest with John Stuart Mill's Utilitarian ethical stance.

Where Law sees strength in unity, Chaos sees strength in the will to seize power, using whatever means necessary to achieve it. Rarely will chaotic characters put themselves in harm's way for another unless there is great reward for doing so. The "will to power" philosophy of Friedrich Wilhelm Nietzsche's Nihilism (although he didn't call it that) is a perfect fit for Chaos.

How the hell did I leave out language? Really, language is one of the things that draws me in to this setting, so I'm shocked that I managed to leave it out. In my defense, I was getting really tired and needed some sleep. So here we go. 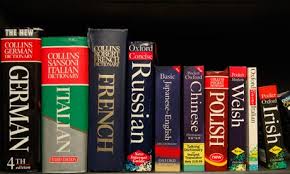 Common is right out. There is no "common tongue." Instead, a series of regional tongues, different colloquial breeds of the German language (Deutsch), pepper the landscape, each with its own peculiarities, unique vocabularies, and/or consonant or vowel shifts. Finding the commonalities between the different Deutsch languages and building upon them, a "high German" (Hochdeutsch) has sprung up and is in wide use in the official administration of Imperial bureaucracy and in the courts of nobility. Merchants make wide use of Hochdeutsch, and nearly every subject of the Empire can understand it and speaking it is more a matter of removing colloquialisms rather than learning a discrete new language. Thus, all characters originating within the German states of the Holy Roman Empire learn to speak both their regional dialect (in the valley setting for ItSotBG, this dialect is Austro-Bavarian Deutsch) as well as Hochdeutsch.

Other common languages to think about include:
Knowing the base language for a family of languages is enough to understand the derivative dialects and colloquialisms. For those keeping score at home, yes, I've really simplified the myriad languages spoken in Europe in the 17th Century drastically here.

So, I knew I was going to have to talk about this at some point. Here's the deal: in keeping to the time period and location that I've selected for ItSotBG, there's an awful lot of religious strife. In fact, it's about to percolate into the Thirty Years' War (although your characters definitely don't know that). The major religious conflict is between Catholicism and the various Protestant faiths that pop up on a nearly daily basis. While most protestants within the Empire are Lutherans, there are no shortage of Hussites, Calvinists or other Protestants. Within the duchy of Bavaria, however, the vast majority are Catholic, with exceptionally small pockets of Protestant activity which are often persecuted by the Catholic majority as heretics. Jews are present in major population centers such as Munich, and Islamic Ottoman Turks can occasionally be found in the duchy, if only passing through. It ain't necessarily pretty, but it's the status quo. Player characters are most likely to be Catholic, but non-Catholic PCs are viable and may have a strong role to play in events unfolding in the near future.

Dark cults of the lords of Chaos are widely considered to be responsible for many of the ills that befall society, including the religious schisms between Protestants and Catholics that are sweeping through Europe. Both sides see their other as corrupt and potentially guilty of not merely heresy, but systemic occultism and devotion to demons and nameless, forgotten deities. Some suggest that this partisan muckraking reveals the influence of dark powers at work playing each side against each other; most write off such conspiracy theories as pure paranoia. But then, ever since the Black Giant started spewing smoke, the conflicts between Protestants and Catholics have gotten bloodier, with war looming heavily on the horizon, so perhaps there is something to be said for the paranoiac ramblings.
BLUEHOLME ItSotBG