19 May
What are you doing right now, folks? 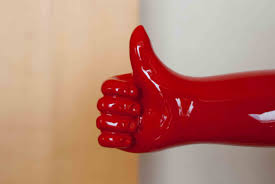 Wouldn't you rather be gaming?

Lately, my "gaming to thinking-about-gaming" quotient is way to far on the "thinking-about-gaming" side. That's not a cool thing. I skipped out on my EotE game two weeks in a row not because I had something else going on but because (week one) I forgot to set up the game and (week two) I was dead tired after having worked crazy early. Bad excuses and what's even worse, they're fucking excuses. I should never make excuses to not game, that's just ridiculous.

My Saturday night S&W game is pretty erratic these days thanks to schedules being all wonky. I'm not really sure what's happening to my Wednesday night ACKS game (it might end up being bi-weekly, cutting my ACKS sessions in half). Added to an every-other-Monday vacancy in my schedule (when I don't fuck it up with excuses and make more vacancies) and you've got 1-3 nights per week where I'd normally be gaming, but I'm not, which didn't used to bum me out.

And then Jason Hobbs happened and the wanting everyone to always be running games and playing games and having a great time happened.

Here's the thing: Yes, I'd rather be gaming.

So yeah, I've got to make it happen.

Oh, sure, there are real constraints on my time, which is why we call it "free time." Even my free time isn't all free, particularly because I use a decent proportion of it to prepare for using that same free time to play games.

And every GM/DM/Judge/Referee ever has suffered from burnout. System burnout. Story burnout. Setting burnout. Any of it. Sometimes we need to take breaks, and that's cool.

So, why am I not gaming right fucking now?

Because I didn't make it happen.

The point is, I didn't bother. I didn't make it happen, and now I'm babbling about not making something happen when I could have.

So, Mr. Hobbs, you've inspired me. Let's make this shit happen. Every night that I'm supposed to be gaming (or am eligible for game-like experiences) for the next two weeks (at least), I am going to be running or playing something. That means Monday, Wednesday, Thursday & Saturday nights. I'll see you there, friends. Bring your spacesuits, wizard bongs and blood-drenched battle axes, for it shall be glorious!
BX Dungeon Mastering FLAILSNAILS Starships and Spacemen