Swords And Colonialism: A Colonial Horror Hack for SnW

I'm pretty impressed with how the OSR blogosphere as been blowing up with Swords & Wizardry-related posts for this, the first ever Swords & Wizardry Appreciation Day. Reading everyone's posts has inspired me to add more to the discussion. At first, I thought that I'd add some monsters or something small like that, but then Reverend Dak's post about Firearms mixed inside my brain with my thoughts about the S&W White Box, my own d11 system and all of my crazy ruminations on the hexcrawl to create Swords & Colonialism, a story-based simple RPG based loosely on American colonial history. 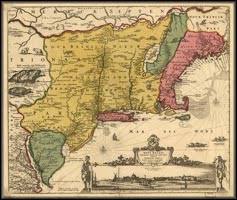 So, there you have it. My totally crappy White Box hack designed for adventuring in the wilds of colonial America. Thanks to +Dak Ultimak for the firearms rules. Well done, sir. Another huge thanks goes out to +Erik Tenkar & +Christopher Helton for putting the S&W Appreciation Day together and to +Matt Finch for making Swords & Wizardry a thing in the first place. The sheer ton of blog posts (most far more interesting than my own) that went out today were impressive and made my day. Thanks guys!
#SWAP SnW