05 April
A little while ago, my local gaming group (particularly +Rad DeLong & +phil muszkiewicz & I) were having a discussion about the ridiculous existence of Vampire: Undeath and the nature of gaming plagiarism. It was hilarious, mostly because of the joke rpg we conceptually created then (which I'll tell you more about later). One of the greatest things about the conversation was the invention of a new core mechanic which went something like this:

"So, if WoD uses d10s and we want to make ours better than their version of vampires, what dice do we use?" 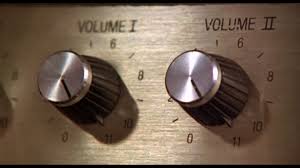 No, but your d12 does. In order to generate results for the d11 system, you roll d12 and, if the result is 12, you reroll the die. Now, in most "use this die for that completely different range" where you're ignoring certain numerical results, the reroll-triggering results are simply not noted. Not here in the d11 system! D12s are awesome. My favorite die. To not use every facet on a d12 even if you only need 1-11 smacks of sacrilege. So, the "12" result, while triggering a reroll of the d12, also creates something called an Opportunity, but more on that later.

To quickly recap, in order to get a result between 1-11 (the d11 result), roll a d12 and use that result unless you roll a "12," in which case you note that you've rolled an Opportunity and reroll the die to determine the numerical result. Multiple rolls of "12" can result in multiple in Opportunities.

The d11 system will assume that (a) the average modifier to any and all dice rolls is 0 (only exceptional people, one way or the other, have a bonus or penalty to dice rolls) and (b) dice are being rolled to determine success or failure only when success or failure are in question (actions where the success is never in doubt shouldn't be rolled for, just accepted as something that happened). As such, I'm going to go out on a limb here and talk about some rough difficulties for things.

The percentage ranges don't quite match up with the probabilities of the dice results, but that's not the key here. The numerical result of the die roll is compared to the difficulty of the task and that's it; the system is designed to be simple and straightforward, providing a straightforward binary result (success/failure); game systems powered by the d11 system shouldn't be designed to rely on degrees of success, but should have room for narrative flexibility created by the existence of Opportunities.

The Land of Opportunity

A Things Get Worse result creates a complication for the character (or characters) that makes life more difficult. All sorts of narrative effects are possible; everything from running out of ammo in your gun to breaking your shield to the bridge giving way. If you succeeded at the roll, there was a complication to your success that didn't invalidate the success but created an Opportunity for Things to Get Worse. The flip side of the coin is that if your failure generates a Things Get Worse Opportunity, you're compounding bad on top of more bad. Here are some ways that Things can Get Worse:

A Things Get Better Opportunity means exactly what it sounds like: somehow, whether you succeeded or failed at your task, your actions lead to Things Getting Better for you and/or your allies. Maybe you shot out the control panel on the door and now the stormtroopers can't get through and have to find another way around. Maybe you dove for cover as part of your awesome, flourishing sword attack and how the enemy archers will have a hard time hitting you. If you rolled a failure, an Opportunity for Things to Get Better can't make you succeed instead, but it can make conditions more favorable to a future success. Similarly, Things Getting Better can't amplify a success. Here are some ways that Things can Get Better:
Well, there you have it. The basis for a very simple task resolution system inspired by Spinal Tap that allows some very simple player control over the narrative! Its not the sort of thing that no one said could never be done, but one of those things that wasn't ever likely to have been done if there hadn't been a completely ridiculous reason to have done it. If you ever make something with this system, let me know! I'd be more than excited to see what you built!

*While it may at first seem that the "Evens: Better, Odds: Worse" would create a larger amount of "worse" results than "better," results of 12 are even and, even though they are rerolled afterward, count as a "better" result as well as a new Opportunity. Thus, any multiple Opportunity roll will automatically include one Things Get Better result.
dice math funky dice