15 March
Sometimes it can be terribly difficult for me to come up with new and exciting dice math topics to talk about. Right now, I'm in the middle of analyzing the probabilities of the dice for Fantasy Flight's new Edge of the Empire game, but that analysis is going to be pretty huge and probably take awhile, particularly since I need to figure out how I want to analyze it. In the meantime, I'll be fielding some easier topics while the numbers don't just get crunched, they get ground up, chewed up and spit back out. During that time, if you have any questions about dice rolls and the statistics that they represent, I'll gladly take on any that you've got.

For today, my softball topic is something that +Edgar Johnson made me think of after last week's post about using Dungeon World-like 2d6+mod dice rolls in DCC. Dr. Johnson asked if you could just roll 2d10+mod and have similar results in DCC to the established Difficulty Classes already in play in the game. Let's take a look at that, shall we?

Now, as we all know by now, central tendency is going to skew some results here when we compare a d20 roll (which has a flat probability where every facet is equally likely to occur; 5% likely to be exact) to a 2d10 roll (where the closer to the mean number of the range, here 11, the more likely the number is to occur due to their being more ways to make that particular number out of different sets of digits from each die). We know that. That's what central tendency does. But do you know by how much? Or what the consequences of that mismatch would be?

So, here's a chart. This is how it works. For each of the standard Difficulty Classes (5, 10, 15 & 20), here is the percentage chance of each occurring depending on how you're rolling the dice. Due to central tendency, rolling a 5 on 2d10 is much more likely than on 1d20 since the 5 is on the low side of the probability "hump." A DC 10 is also more likely on 2d10 for the same reason, but when we get to 15, and again at 20, we notice that the likelihood starts to fall off, again due to the probability hump.

For folks who don't like 2d6, however, there's some great news out there: with a little bit of math, you can work out your own dice expressions that have the same probability distributions (or really similar ones) so you can have the success range that feels right for you. Let's see how it's done.

Applying standard DCC target numbers to a 2d10 system just isn't going to work. What about the sort of logic we used last time for the 2d6+mod roll, then? Isn't there a corresponding range that we can use on the 2d10+mod roll to have similar percentages of failure, complicated/partial success and success? Why sure, of course there is! Here's how it breaks down.

Using the most reasonable math at my disposal, the logical success ranges work like this: 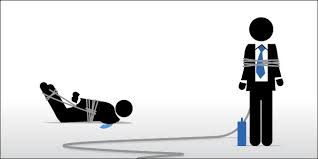 These success ranges produce very closely similar results as far as the probability of success goes, with some small variance. For example, you are slightly more likely to roll a complete success on 2d12 (10.42%) than on 2d10 (10%) much less 2d6 (8.33%). Yes, these can seem like big differences, but consider that, when dealing with the smaller range of numbers on the 2d6 distribution, any modifier is going to provide a much larger effect in this distribution than in any higher one. In a manner of speaking, every +1 is bigger in the 2d6 distribution than it is in 2d8, 2d10 or 2d12 (in descending order of "+1 bigness").

Where It's All Going

When you're deciding between these different dice expressions, you are, in effect, deciding how large of an impact character stats (in the form of bonuses and penalties to these dice rolls) will have on the success or failure of that particular character. If you want a high degree of randomness, where success is less a function of character stats and more a function of luck, use a higher "d" dice expression (like 2d12), but if you want character stats to have a large impact (for good or ill; remember that penalties will be just as big as bonuses), use a lower "d" (like 2d6).