It Is Your Destiny! -- More Narrative Control in EotE

17 March
One of the really neat things in FFG's new Edge of the Empire game is the degree of narrative control that the game's funky dice give to both the player and the GM. Every time an Advantge, Threat, Triumph or Despair are rolled, they need to be interpreted, not merely noted. At first, this took my group some time to get used to (yes, including me). Numerical results are usually so easy to interpret, particularly when all you need to worry about is the binary success/fail yes/no sort of thing, but interpretive results about near-failures and half-successes took a little longer to sort out, but one thing became quickly apparent: Advantages (or Threats) rolled needed to be used right away and needed to be used. You couldn't just them go ignored or start to stack up or anything like that. The Advantage (again, or Threat) pertains to the action being attempted and rolled for at that point in time and whatever narrative control they give the player or the GM goes away at the end of the action being resolved.

In combat, gaining Advantage (blah blah Threat) means having a very temporary advantage that needs to be spent in remarkably short order (in the grand scheme of in-game time). Things like "I dive into cover, making it harder to hit me!" and "After my first hail of shots, the Gamorrean exposes an opening, making it easier for one of my pals to take him down!" make great sense in combat. Even in social situations, gaining Advantage from skill use is fairly fleeting and needs to be resolved whenever it is rolled so that we know how to interpret it. "He gives you the part and seems to buy your story, but the second you're out the door, he calls the Hutt's goons on you," and "You didn't manage to trick the bounty hunters into believing you're someone else, but you did distract them enough that they're firmly paying attention to you and not your allies, who now have a solid opening." Situations like these work great if you have an immediate in situ need to generate a narrative opening and can quickly get you and your players thinking about other ways that you might want a little more input on how the story's going. This is fine as long as someone rolling for something, but is it possible to allow players (and sometimes even the GM) to re-write details of the narrative when there's no Advantage or Threat (or even Triumph or Despair) to tie the creative editing into?

[Player]! It Is Your Destiny!

Star Wars Edge of the Empire is not a story game. It has more than a few story game features, particularly a focus on narrative, but it has a lot of elements of traditional game design. However cool it might be to play a Star Wars story game, a narrative-based traditional RPG is, in my opinion, what most Star Wars gamers are probably looking for [statement not verified for accuracy]. Many story games employ a form of "narrative currency" and whether they knew it or not when they made the game, FFG gave us an excellent one in EotE when they wrote Destiny Points into the system. 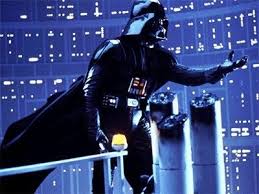 During my first EotE session, one of my players asked a question to which I didn't have the answer he was looking for. "Well, spend a Light Side point for it, and that's how it is," says I. "Sounds great," said the player, and we established then and there that I'd allow certain expenditures of LSP for in game story effects and narrative control. Strangely, no one attempted to abuse this mechanism (I really would have expected more abuse) and everyone got along with it well. By the end of the session, it turned out that the smuggler had known the "space traffic controller" for years and owed her at least one date (James Bond/Moneypenny-style), the bounty hunter had false ID papers all along (which was reasonable since she probably worked below the law frequently) and the droid had a MacGuffin device in its internal storage all along. Nothing earth shattering, nothing mind blowing, just simple things that the players really wanted to work one way and were willing to spend capital (and give ME, the GM, the Master of the Dark Side, capital to spend against them!) to get that thing. Who am I to say now? Well, yes, obviously, I'm the GM and Rule 0 and all that, but... I'm more of a "Say Yes" sort of GM rather than the [attempt at political humor expurgated] sort of one. 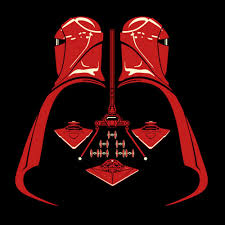 But what about for the GM? If the GM is already in control of the behind-the-scenes workings of the entire universe, then how is it possible that he would ever need to spend Dark Side points? Can't he just decide that whatever detail is the way that he wants? Of course he can and will. That's precisely why he should spent Dark Side points to do so. If you're spending DSP to create a negative situation for the players, then you're demonstrating to the players that you're playing by the same rules they are. Use these to create drawbacks for the players, the sorts of things that rolled Threats might generate. Maybe the dock manager starts out suspicious (because someone in the last spaceport graffiti'd anti-Imperial slogans in a place that the PCs didn't notice) or maybe the players forgot to charge their energy packs, so once they're out of ammo, they're out, man! Maybe they locked the keys to the Krayt Fang inside it. Maybe it ends up that the player character knows the [important NPC]... but that guy hates him for something he did years ago! There are all sorts of options. Whenever an opportunity to twist a story element (that normally isn't a plot point) pops up, look at it as an opportunity for the Dark Side to make things worse for the players, and show that that you, the GM, just made things worse for them.

In a way, Destiny Points aren't just a narrative currency, but also an oppositional currency (too bad that's not a word) in that it is the currency used by two different sets of opponents (the GM and the players). Normally, I tend to look at RPGs as a cooperative storytelling framework, but the inclusion of Destiny Points deliberately points GMs in direct opposition to the players, instead of the normal "in conflict with players" status that GMs normally enjoy (as I see it, there's a big difference between being in conflict with and in opposition to something). Bearing the oppositional nature of Destiny Points in mind adjudicating when to spend DSP and when to allow players to spend LSP for narrative control, you can make informed decisions about just what's appropriate when. Remember that currencies exist to be spent and use them!
Dungeon Mastering EotE