DCC Donnerstag: Some Thieves Have All The Luck

07 March
One of the issues that the Metal Gods of Ur-Hadad group has developed is thieves with absolutely huge Luck scores. Since thieves regenerate Luck spent by burning and DCC Judges commonly use Luck as an alternative reward for adventure and goal completion (as well as other things like playing true to alignment and, I'll readily admit, making the Judge laugh), thieves can end up with vast pools of Luck that make the effects of luck fairly extreme. Thieves have a limited amount of rolls that luck naturally modifies (remember that most luck modifications to dice rolls are the result of class features), including critical hit result rolls and fumbles, but increasingly higher and higher luck scores may also trivializing Luck checks (rolling a d20 lower than the Luck score to determine something fairly random; this is how I handle spot-style checks these days).   This topic is one I've been putting off for awhile, because (a) I wanted to make sure that this really is a problem and (b) I wanted to make sure that I had some solutions.

It's Actually A Problem

It's totally cool to me that the thief's in-game schtick entirely revolves around Luck. He can use Luck to do better at any of his thiefy skills (which might not be super awesome at, say, level one), to augment his attack rolls, to help out on saving throws, etc. Basically, with a big enough Luck reserve, thief characters can accomplish anything and resist most things as well. And this is cool. Other classes have their own ways of accomplishing this sort of stuff (Deed dice, spells, etc.), and the thief does pay a price in hit dice, which means a hit that finds purchase in the thief's vile hide usually has a bigger impact than on other front-line fighters, such as warriors or dwarves. To some degree, the fact that the thief has a replenishing pool of Luck to draw from to fuel his particular brand of awesome is part of balancing the thief against other classes; since his awesome relies on Luck, it makes sense for him to always have Luck to work with and for use of Luck to not impair the normal function of Luck. However, as other classes begin to look at Luck as an ever-diminishing last-ditch effort, you'll quickly find that (perhaps as early as 2nd level) your warriors, dwarves, clerics, wizards and elves quickly become Luck-starved as a necessity of their survival whereas their thief (and halfling) companions are flush with the stuff, able to pour Luck point after Luck point into nearly failed (or sometimes completely failed) rolls (in my experience, this is less of a problem for halflings since they have more opportunity to spend Luck since they may do so to help out their companions and thereby often do). The problem comes when all PCs gain Luck at the same rate (1-2 or so per adventure, possibly more for extreme success or the like); the thieves in the group will quickly amass the maximum amount of Luck (18) since theirs keeps replenishing, but the rest of the party, simply to survive, rarely gains enough Luck to maintain a consistent Luck score (and if they did gain enough, the thief would max out even faster). A Luck-maxed thief starts each adventure with only a 10% chance of failure at any Luck check, head and shoulders above other characters, but that chance should (by my reckoning) decrease over the course of the adventure as the thief spends more and more of his Luck to accomplish deeds and stave off death, occasionally permanently investing Luck in assured success or to create opportunities that weren't there before; in short, the Luck economy in the game should provide the thief with just as many interesting choices with long-standing effects that it does to every other class.

I've noticed that a lot of the thieves in the MGoUH game rarely spend Luck, which is a total bummer. They'll just accept that missed attack or failed saving throw along with whatever consequences arise. I don't think the thieves' players forget about the Luck die, so much as don't feel encouraged to take advantage of it. The more we as Judges encourage thieves to spend Luck early in the game, the less likely they are to have a massive amount of it during that final climactic encounter of the adventure and the less likely they are to trivialize that encounter. Here are some ideas I have for making sure that your thieves have to burn up some Luck over the course of your adventures: 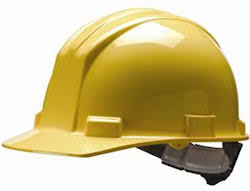 The examples of Luck regeneration by thieves discuss initial Luck scores (see page 36); this could be read to imply that there is a hard cap placed on Luck scores. The hard cap would vary from character to character, capping at whatever the character's initial Luck score was when he was created. While this rule could be interpreted out of the Rules As Written, I don't really recommend it. First, it would require some serious record keeping of stuff that will be changing drastically over time from the time the character is created up until any present moment, which sucks. Second, it prevents characters from saving up Luck since any luck in excess of the hard cap would be ignored; that might work out fine for your thief PCs, but would likely penalize your non-thief PCs more than is reasonable (because a rule like this that only applies to thieves seems pretty biased and unfair). So, don't do this. I probably shouldn't even have written about it, but it had occurred to me as a possible answer so it seemed disingenuous of me to exclude it. Again, just don't do this.

Sometimes, it just makes sense that Luck burn is just that, and that even thieves (and halflings) can't just rest the burn away. Sometimes the damage is too great, the foes too difficult or the needs of the party are too demanding for that Luck point to come back in a day or two when the thief has rested. Sometimes, you just have to take the loss, and every Judge is well within their rights to decide that any application of Luck burn is a candidate for permanent loss should the case warrant it. This method avoids the ridiculous bookkeeping of the the hard cap method and encourages player agency toward awesome-ness while providing a "bleeder valve" as it were. When employing this method, I recommend that Judges offer players the opportunities to do something beyond the normal scope of the rules at the cost of a Luck point, a permanent Luck point (this must be expressed so that players can make the correct choice for themselves and their characters!), such as any of the following:
Luck is one of the unique, defining factors of the DCC RPG and we need to treat it like the important mechanic that it is. In some ways, this means limiting it, but for the most part, it means learning to use Luck responsibly and reasonably as both players and Judges. Have fun with Luck, that's what it's there for, and use Luck to make your game more fun. Never ever ever should Luck be a source of consternation within a group, so make sure that it is always used fairly and impartially (no "this works for Player A but not for Player B" sorts of stuff) and adjudicated wisely with an eye toward making the game as much fun as it can be while still being a challenge.

Thanks again, folks, for yet another awesome DCC Donnerstag.

*Bad Universe Day: (As defined by Ms. Michelle Nesbitt.) That really crappy bad day where everything in the universe seems to be stacked against you, even your own mind and body. You feel bad, you think bad, you look bad and only bad things happen to you. While relatively rare in real life, the Judge can make all you days Bad Universe Days.
DCC DCC Donnerstag luck thief