Gods of Kickassistan: The Wholesome Path

The Wholesome Path of Perfected Duality

"As Within, So Without"

The devotion of those who seek to perfect the soul through perfection of the body, they who cleanse wounds and sins, curers of ills of flesh and the spirit.

The Wholesome Path of Perfected Duality (known most commonly as the Wholesome Path) is not so much a religion as the belief that the body and soul are inextricably linked and that health of the body equates to health of the soul and vice versa. Healers, herbalists, alchemists, doctors and surgeons practice this faith every day as they look to the physical well-being of their patients, secure in the belief that should their bodies be free from disease, their souls shall be free from evil, selfishness and impure intent. Lesions, cancers, infections and the like are the physical source of evil, they claim, and that to cure one is to cure both. By the same token, they often claim that some physical infirmities may be caused by a stained soul and that to cure one is to cure both.

Practitioners of the Path espouse a brand of physicianship (not uncommon in sword & sorcery settings) that mingles anatomical scholarship, practical experience and contemplative mysticism to create a bizarre melange of esoterica. Treatments will often require, in addition to sound medical treatment based on fact, repetitive chants (to focus the mind), burning incense (to focus the senses), occult writings and holistic practices such as acupuncture and tefillin-like use of phylacteries. In short, the Wholesome Path will throw every medical and spiritual treatment they can come up with at a problem in hopes that at least one of the treatments work. That having been said, these healers recognize that there can be such a thing as over-treatment and malpractice, and so they prefer to proceed slowly with one treatment following another.

There is no orthodox organization to the Wholesome Path. Rather, it relies on the communication of the philosophers and physikers who practice the Path's teachings to spread word of new treatments from one to another. Rather than temples, many devotees (who might be considered "priests" or "clerics" in other religions) run hospitals and sanitaria, many of which also serve as teaching centers for the healing arts. There is no central philosophy of how these hospitals should be run according to Path precepts, but rather an emphasis that all care provided should nurture both the patient's body and soul; as such, these hospitals will often feature chapels (without representing any deity or faith in particular) and libraries as well as other diversions. Between believers in the Path, there is no hierarchy per se, but rather a mutual respect between peers and the deference necessary to master-student relationships. For practitioners of the Wholesome Path, who you are is far less important than what you have learned. 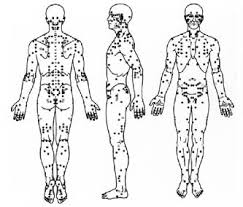 Like clerics in most other religions, the healers of the Wholesome Path spend at least one hour per day undergoing a regimen that mirrors the daily devotions of those clerics. Instead of proffering prayers to the divine, Wholesome Path healers exercise, eat purgative foods, practice acupuncture upon themselves, self-medicate, do yoga and otherwise spend at least an hour each day perfecting their own bodies that they may heal others from a place of greater authority. Along with physical practices, followers of the Path also meditate and practice mantra-based introspective thought throughout their daily devotions. If the practitioner has not "balanced" himself through his daily observances and exercises, it is widely believed, then any imbalance or imperfection within himself may be transferred to his patients; thus, each adherent to the Path feels strongly the need to work a little bit each day toward his own personal physical and spiritual perfection. 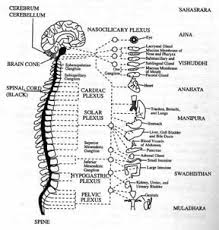 Though each follower is an individual and, to some degree, an authority unto himself, there are some commonalities between adherents. Each is obviously interested in the physical and spiritual well-being of those around him (as well as himself) and often pursues what we might today consider humanitarian aid, particularly toward the less fortunate who usually cannot afford proper care (or even church tithes). He tends to be of a scholarly and philosophical bent, but tempers his academicism with a strong amount of practical application and action, spending more time "in the trenches" as it were than in a library. His urge to while away hours in contemplation and scholarly pursuit rarely eclipses his need to save the world from its ills, whether they be of the body or of the soul. Thus it is that occasionally adherents of the Path will become adventurers, a life that affords them an opportunity to see distant lands, heal desperate folk in need, learn new secrets of medicine and confront the corruption of body and spirit that rise up as the great evils of the world. Is it not better to destroy a body infested with evil than let it infect another? 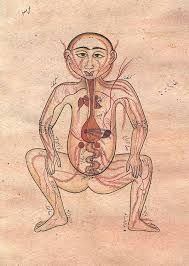 While the philosophy of the Wholesome Path of Perfected Duality is an open and accepting one, available to any who would seek to actively cure themselves and others of all imperfections and maladies, there are those who both forsake it and who are forsaken by it. Some apostates actively seek to warp the physical body, to see what changes to the soul might take shape if the flesh to which it is bound is altered; such heretics are anathema to the majority of adherents of the Path, who will refuse to aid such beastly research or correspond with the experimenter. Some apostates become so through refutation of common practice or by demonstration of malpractice. The most well-known of such heretics is Master Guang-Yuan Jo who claimed for years that the commonly-accepted application of quicksilver toward life-prolonging treatments and medicines was in fact deleterious to health, which had him in hot water with his contemporaries who believed in the substance's recuperative and regenerative powers. When Master Jo's most famous patient, the last Pascha of Ur-Hadad, fell dead to mercury poisoning, the Grand Vizier pronounced that the death had been due to Master Jo's malpractice -- a statement contravened by Master Jo's outspoken opposition to the use of mercury but instead supported by learned men, even followers of the Path (who know Jo's opposition well), as a wise treatment against the Pascha's advancing age. Today, Master Jo (still alive and well with an office near the Eye Market in Ur-Hadad) has turned his apostasy into true heresy with the belief that if he adequately poisons his own body enough (primarily through the ingestion of alcohols and narcotics), it may act as a leech for the maladies of others; his corruption in body and spirit may yet prove the salvation of others, but the majority of adherents to the Path doubt it.

[This post started as my attempt to explain the views of my cleric Zullgunn Tarr in +Brian Takle's Wednesday night ACKS game. As the writing got more in-depth, I decided that the Wholesome Path had a home in Kickassistan as well, so here it is. Previous to this, Dr. Tarr had been seen by the other players as a "sort of hippy" for his belief in the connection between physical and spiritual wellness. Let's see what they think now. I really liked including Master Guang-Yuan Jo in this article; expect to see more of the Master in further posts about Ur-Hadad.]
ACKS deities Ur-Hadad