14 January
Has it really been a month since I've done a Monster Monday post? I'm sorry folks, I've totally messed that one up. It seems like Tuesday will roll around and I'll ask myself "Self, what are you going to write today?" Then answer, "How about a monster? Monsters are cool." "Yeah, self, but we should really save those for Monster Monday. When is Monday again?" "Yesterday, idiot." And so it goes. You get no new monsters from the wilds of Kickassistan and I miss opportunities.
The best known as the Blue Siren is one of the stranger predators of the jungles of Kickassistan, and is highly sought after by the nobles of Ur-Hadad as both a guardian and show piece. A show piece due to the males' vibrant plumage and exquisite song, a guardian due to the hypnotic quality of that very plumage that causes all who view it to become stunned and do nothing but gaze at it. Looking nothing like any one Earthly bird, the Blue Siren of Kickassistan has marked similarities to several different species; it's head is similar to a crested cockatoo, it has long, curling tail plumage akin to the lyre bird, and delicate pinions that trail lenthy arabesques of color, and a body comparable to that of a medium-sized dog. Once a potential victim has been lured into complacency by the males' intricate and mesmerizing plumage, the lurking nearby strike.

An extreme example of sexual dimorphism in a species, many early explorers believed that the different sexes of the bird were actually different species and it was not until nobles sought captive Sirens that otherwise was proven. While the plumage of the male Blue Siren attracts most creatures and sentient beings, that of the female does something even more remarkable: it makes them harder to see. No simple sort of camouflage, the female Blue Siren (which, being brown instead of blue, is often called a Sirenwife rather than "female Blue Siren," although primarily by those who fail to truly understand the nature of the species) uses her plumage to mask her presence from the victim's attention rather than attract it; in short, the plumage tells the perceiver's (and would-be prey's) mind that the female Blue Siren simply isn't there. It is then that the female, being easily twice the size of the male and with a viciously serrated beak and talons, attacks the hypnotized prey.

Blue Sirens are somewhat social animals, although there is fierce competition between males for mates. Normally, a male will have from one to five mates and only if there are enough females to support him and another male will he tolerate the presence of another male. Some exceptions do occur, normally for familial reasons, but the small family social group of male and mates eventually enforces itself as these family units compete for food and territory. A standard nest of Blue Sirens includes one male (who will spend the bulk of his time acting as a lure for prey for the females) and three females. The survival rate for males, despite their unique evolutionary advantage, is considerably lower than for females; thus, bands of migrating females may sometimes be encountered as they scour the jungle for a male they may claim as their own.

Though some treasure may be found in the nests of the Blue Siren, primarily the leftovers from some prior kill made by the Sirens, the true value to be found in a Blue Siren lair is the eggs of the birds. In any nest, adventurers may find 1d5+2 eggs; taken back to civilization, these brightly-colored eggs will fetch 30 gp (sp in Metal Gods) each right away. Further, if hatched (which takes 1d7 weeks), the hatchlings are worth 100 gp/sp, and fully grown, trained Blue Sirens can go for as much as 2d5x1000 gp/sp for males and 2d4x1000 gp/sp for females (this requires an additional six months of rearing and 2d3 months of training). Blue Sirens are not known to lay eggs in captivity, and so a steady stream of eggs is demanded by the noble classes, leading many to seek their fortune in the jungles of Kickassistan, only to find their deaths. 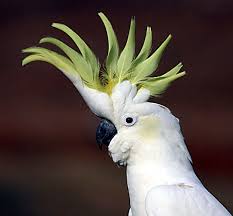 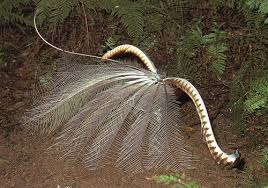