Yet Another Project I Don't Have Time For

04 December
Before I go any further, I'm just going to recount the stuff that I'm currently writing or working on in support of my RPG habits:


So, you can clearly see that a lot of my time is already devoted to some pretty awesome stuff. This, of course, means that my brain cannot stop producing more awesome ideas. On Saturday, one planted a seed in my brain that needed a spot of time to percolate. At some point yesterday, the percolation was complete and I ran the idea past my wife since it sounded like her sort of thing; she loved the idea and had some neat ideas to add to it. 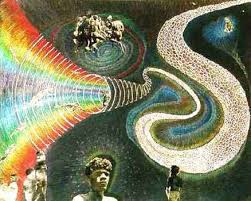 Last night, I posted a little bit about this idea on Google+ and I'd like to reiterate that this is what happens after Adam reads Weird New World, Carcosa and Isle of the Unknown back-to-back and stirs in a healthy (unhealthy?) dose of continental expressionism/absurdism, weirdest of the weird fiction and Douglas Adams-style satire & wit. I also would like to point out that the following idea is at least partially inspired by Erik Jensen's stunning Wampus Country; I could try to explain what he does, but if you're not familiar with Wampus Country, head on over there and get yourself acquainted. Suffice it to say, Wampus Country uses the legend, folklore and tall tales of the Western Frontier jumbled into a pastiche adventure setting . And so, welcome to Zoology Bay. 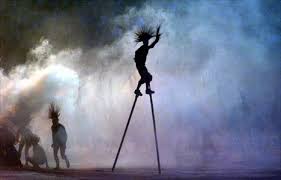 The concept of the setting is a pastiche of the popular myths surrounding the founding of the nation of Australia, set against the backdrop of weird fiction ("pre-genre fantasy") that is the hallmark of the DCC RPG. The PCs begin the game as criminals sent from the homeland to the penal colony at Zoology Bay on the far-off (and as-yet-unnamed) continent, where they have ostensibly signed on to help grow the colonies in lieu of a prison sentence (or worse). In their quest to explore, exploit and subjugate the local landscape (which should have some pretty strange stuff in it), the players wind up coming into conflict with the indigenous population. In this first iteration of the hexcrawl, the players have an open choice of whether to align themselves with one or more of the local communities and factions or just look out for themselves. 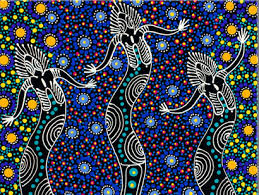 The second iteration of the hexcrawl comes as the PCs make their way further into the interior. In this alien landscape, they see many strange and seemingly impossible things, so much so that they might never notice that they've entered a territory unlike any known to man. As strange as the sights have been so far, they continue to get stranger and follow fewer and fewer rules of reality. The PCs have, you see, crossed over from the real world of the lost continent into the Dreamtime, the lost continent's real treasure. Here, the collected subconscious dreaming of the entire population of the world throughout time -- all who ever dreamed and ever will dream -- bleeds over into the real world of swords & sorcery. Here, the dreams of men and elves and dragons and beast men warp reality with the ripples of eternal dreams and songs written in the language of the universe's creation. The Dreamtime is infinite and all things that ever were or ever will be are to be found in it somewhere, one has only to look. Similarly, all people that will ever or have ever existed can be found here in some capacity, even if they are millennia removed from the present day. Since the Dreamtime follows dream logic, it very much can be anything to anyone and therefore is a priceless resource to be protected (as the indigenous peoples claim) or exploited (as the colonists want). 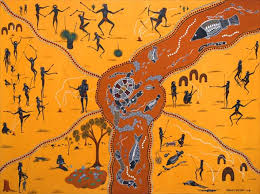 The challenge here is to design not so much a campaign setting but rather a set of tools that allow a DM to run adventures in the Dreamtime. I'm drawing a lot on the inspiring material from Isle of the Unknown and Carcosa, but switching a lot of it up so that (a) things aren't the same every time you go to the Dreamtime and (b) only certain things are predetermined and even those can be relatively fluid. The "real world" locations will be fixed, but everything "inside" the Dreamtime will "float" as it were and no two excursions through them can be the same. I want to avoid what I see as the pitfalls of many dream-related or -based games and am going to have to think through a lot of stuff before going too far in. Luckily, the wife (who has actually wanted to write her own gaming material for awhile now, just didn't know where to get started or had any ideas that got her excited) is here to help on the idea front.

I wanted an environment in which I could put gonzo next door to absolute cosmic horror when I came up with this idea. I've wanted a hexcrawl to call my own, too. I think with this idea, I'm closing in on both goals.
4e DCC Google+ HeroQuest hexcrawl Keep on the Borderlands Roll20