What Happens When I Eat This Space Tentacle?

07 December
Right, so, before we go any further, allow me to explain just how this chart came about. As the PCs of the Google+ Metal Gods of Ur-Hadad game were progressing through a narrow valley to reach the ancient temple, forgotten by all but the ape men who infest it now, they came upon a time-lost well riddled with bas relief writing in an ancient language that they could not decipher. As they got closer to investigate, TENATCLES! Fighting off the tentacles (and lassoing the last tentacle), they discovered that they couldn't quite drag whatever monster was in the well out of it; letting it go to splash into whatever underground source of water the well dipped into, only the party's thief thought it was a good idea to look down the well. That's when he had his 2001: A Space Odyssey moment. You know the one I'm talking about.

So, mind suitably blown, Denny, the thief, was forever altered by the experience (gaining +1 Luck & Personality permanently) but unable to retain the secrets of the entirety of creation that had been poured into his noggin. But at least he has some hint as to the secrets of the wider universe and knows he needs to know more. To that end, he brought up the idea of eating one of the Tentacle Beast From the Well of Time & Space's tentacles.

There was a lot of conversation about the proper way to consume the tentacle meat. Sushi? Steaks? Dried into a jerky-like substance (like that dried squid stuff I buy at the Hua-Xing market over on Washtenaw)? Oddly enough, the players seem to have decided that powered is the best way to enjoy space tentacles from beyond, but I think they're planning on eating some of the tentacle, too. Regardless, Wayne Snyder, Denny's player, requested that I figure out what happens when (not if) they decide eat the tentacle. "Why sure," I said, "I think a table is in the offing."

What Happens When I Eat This Space Tenacle?

The eater has a choice of dice rolls. Eating roast tentacle lets him roll 1d5+1d7. Eating smoked tentacle lets him roll 2d6. Finally, eating tentacle raw allows the eater to roll 1d4+1d8. Each foot length of tentacle contains 1d4+2 "doses" of tentacle meat. Tentacle meat may be reduced to a fine powder (consumption allows the same dice roll as raw, 1d4+1d8) and changes one dose of tentacle into one dose of tentacle dust, but this process takes two days of careful preparation and requires suitable tools (nothing complicated, but sufficiently difficult to improvise).

After consuming a dose, the appropriate dice are rolled; after this dice roll, the consumer must make a Will save. The difficulty for the save is 5 plus the amount rolled on the dice. On a failed save, the character is incapacitated and helpless for 2d4 hours as his mind wanders the strange avenues of existence and plumbs the depths of space and time. This catatonia does not count as normal sleep and bestows a -2 penalty to any Intelligence-based rolls (including spellcasting) until the character has had a full night's sleep. 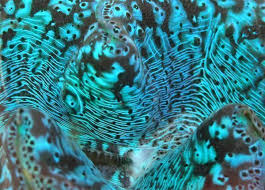 Regardless of the dice roll result, the consumer of the tentacle experiences 1d3 hours of sanity-shaking hallucinations that prevent him from taking any serious action (even in self-preservation) and he takes a -5 penalty to all skill checks, attack rolls, saving throws, spellcasting checks and Armor Class. These hallucinations overwhelm the consumer with (roll 1d6; 1) visions of the insignificance of mortal life compared to the vastness of the cosmos and mere glimpses of life that the cosmos might consider significant, (2) an awareness of every cell of his being and the entirety of its historical life cycle from the current moment up to and including the moment of his conception, (3) an accelerating backward journey through time starting at the now and retreating into the past as civilization after civilization falls then rises in succession until the birth of the world in the sun's accretion disk then back to the sun's genesis and onward to the Big Bang and the beginning of all time and space where some unspeakable horror lurks in the darkness, (4) the sensation that his own body is made out of a foam-like substance and then the realization that your allies are made of a similar material and are actually some form of moving puppets who launch into song and comedic antics with the slightest provocation, (5) a serenity that evokes images of a vast ocean that reverberates with a low rhythmic piping music that draws your essence down and down into the depths below the waves where some antediluvian ruined city lies below ton after ton of water and just as you become aware of the presence of icthyoid man-creatures sounding some strange submarine horns a swarm of tentacles erupt from darkened buildings and grasp your limbs a split second before you awake screaming, or (6) the feeling of sinking backward into a reclining position as if sitting in a terribly comfortable chair as the stars fade from view to be replaced with black nothingness that is soon joined by music from the celestial realms recounting tales of hobbits and stairways and hammers of the gods while flickering beams of light form shapes in the blackness. Far out, man.

If multiple doses are taken at the same time, only roll once for effects and saving throws; each dose consumed beyond the first prolongs the euphoric, hallucinogenic effect of the substance for an addition 1d3 hours, however. Once 24 hours have passed, the chemicals and space-stuff is out of the user's system and he may gain the effects of the space tentacle again. Any subsequent uses after the first, however, carry the risk of addiction. Starting with the second dose of space tentacle, each time the user consumes it, he must roll 1d6. If the number rolled is less than or equal to the number of tentacle doses taken within the last month, the user becomes addicted. More on addiction in the future.

Each dose of space tentacle is worth 3 sp each if smoked, 5 sp each if roasted or 10 sp if raw or powdered.
DCC luck Metal Gods of Ur-Hadad