18 December
Across Kickassistan, different peoples have been finding new and strange ways to get from one side of the world to the other for far longer than Man has bothered to record history. Bizarre chariots pulled by weird and dangerous beasts, craft wrought by artifice alone and monstrous brutes bred for generations to serve the lofty as mounts have all taken their turns as the preferred modes of conveyance. Not every riding beast or vehicle is worth discussing, but there are many more that are worth the conversation.

On the arid scrub-plains of Entoago, tribes of wild elves preserve the sanctity of a mysterious site known as the Ancestor Grounds, scaring off any raiders who dare stray too close to the holy site. Explorers and marauders alike tremble with fear when recounting the tale of the appearance of the wild elves on the horizon, a series of silent silhouettes that wait and watch, descending in mad abandon upon any who ignore their warning and press on. These elves, known in the wilds of Entaogo from the days before the fall of the Elder Races, are rumored to pursue interlopers for days, weeks even, and will drive their prey into the sea with dogged tenacity that comes from executing their holy duies.

The boyar of Khazhazhum listened while his torturers wrung every possible detail of the failed expedition to the Ancestor Grounds from the lips of his explorers, and popular account says that he laughed as each man's last breath choked in his throat, but the truth is that the boyar listened impassively, bored with each version of the same tale. It was not until Sorjei Khalalud, the expedition's teamster general, gave his telling of the retreat to the ships moored in Borgorod Bay that the boyar began to show interest, for Sorjei was the first to inform the boyar and his torturers of the beasts he called "long-necked savannah runners," huge spotted beasts, long of leg and neck, that the wild elves rode astride the scrub-plain as men ride horses. As a reward for entertaining tale, the boyar commanded Khalalud to lead a foray back to Entoago, this time to capture a runner for his personal menagerie; his bones may today be found in a shallow grave along the River Mtene.

Khalalud's journal survived him, though, as did the savannah runner that he managed to capture, although the beast went mad at sea and had to be killed for the sake of the crew. The boyar had the crew massacred for their treason and ensured a worse fate for their captain, but the skeleton of the runner he had animated by the Necromancer of Unguol for his Nightmare Menagerie, where it resides to this day, an heirloom prized by the boyar's line, now three generations after his death.

Khalalud's journal has this to say about the long-necked runner:

"We had heard the tales of the Utuweb people along the River Mtene and knew to fear the approach of the wild elves, though we had hoped we should never see them. It was after the fifth day across that vast desert of brush and sickly-thin trees that the savages made their presence known, first as little more than a line of figures  back lit by the setting sun. Once they appeared, we dared not rest nor make camp, afraid that they might come upon us at night and murder us in our sleep. And so, we ventured to the north, where we thought the foothills of Osphegor might conceal us from their scouts.

"Instead, we found that, at our every step, the wild elves came closer, steadily, stalking us. A day of forced march found us still miles from Osphegor, and it was at high sun of that day that we heard the trumpeting sound of some horn blown by an elf to the southwest. It was, in short order, followed by another horn-call from the middle of the elven line and then a third from the northernmost of their ranks. That was when the silhouettes on the horizon grew taller, as if giant serpents were rising up into the sky, hungry for whatever ripe meat hangs high in the path of the sun.

"Suddenly, amid a second round of call and response from the alien clarions, the line of the wild elves descended upon us, and it became clear within moments that the snake-beasts were in fact mounts of some sort, some sort of demon-cattle with serpents or tentacles in place of necks and legs so long that the gait they pounded out upon the earth bore them faster than any horse, even though the cadence was even and deliberate. As the beasts and riders neared us, I could see that their bodies bore spots not unlike those of certain predatory cats found on the savannah; a wilder imagination than mine might have supposed that these huge beasts were the bastard offspring of leopard and camels, the former for their coloration and the later for the vague similarity to their faces.

"The wild elves rode astride these beasts in a standing position, in some form of saddle that consisted of no seat, but rather a sling yoked over the creature's fore-haunches, a net-like stirrup to both the left and the right of the beast's impossibly long neck. The riders held long spears in one hand like light lances and the leather reins -- decorated with bones as often man-like as not -- in the other. Never did the hindquarters of any of the savannah runners ever bear weight; their sloping shape and sly gallop gave the notion that such parts were insufficient for the purpose of carrying anything of consequence. The beasts themselves did not attack at all, except to trample any fallen before them, but at least once I saw a long black tongue snake out from a long snout to remove something from its face. Tiny horns adorn the beasts' skulls, but never have I seen them used as weapons.

"The wild elf riders would descend upon us in waves, not unlike literal ones upon a shore, each wave stealing away the lives of good men as it ebbed. Though we braced for each attack, the morale of the men was broken upon the first and we immediately made for the sea, for the safety of our boats at Borgorod, for the sweet succor of mother Khazhazhum across the ocean and a world away. Only after three quarters of our men lie dead, skewered on elven spears, did we break the beachhead and find safety at last, three days after the first appearance of these monsters that some would have me call civilized. Even now, as the boyar forces my hand to prepare an expedition back across the ocean, years later, I still tremble to think of the sight of the savannah runners and their ruthless masters. I can only hope that the gods grant me a quick death on the scrub-plain rather than in the boyar's torture chamber should I fail." 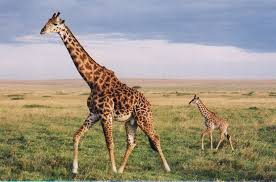 Yep. Wild elves ride giraffes. I go to zoos a lot and have always thought that giraffes kind of look like a sort of elven super-deer.
DCC elf Game of Taps Metal Gods of Ur-Hadad rides