13 November
Alignment is one of those sticky bits of RPG logic that role players can't really seem to agree on. Rather than start an argument about what "lawful" or "chaotic" means in and of itself, I prefer to talk about what it means in a particular context. Here, I'll be talking about what it means to be neutral in the face of the constant struggle in Kickassistan between the forces of Law -- which attempt to civilize the world -- and the forces of Chaos -- which seek to enslave it. Unlike many settings, Kickassistan does not presume that the cause of Law is "right" and that Chaos is "evil;" rather, it presumes that either side simply exists and duly biases its followers against the other (one can assume that modern mortals are thus duly biased in favor of Law, considering it "right" or "good" while neither is accurate).


What does it mean to be neutral in a world ravaged by the eternal struggle of Law and Chaos against each other? While the followers of Law and Chaos might lead you to believe that neutrality is a mere lack of commitment to one of the great philosophies or another and that neutrals are against them by virtue of not being "with" them, the truth is much more complex. Neutrality, in truth, is actually the most wide-spread alignment in the world; often, this fact is due to the "moral apathy" that lawful and chaotic peoples accuse neutral ones of but nearly as often it is due to a dedication to nature, balance or self-determination.

While many civilized folk devote themselves to the cause of Law, forming the backbones of most of the civil institutions of society, the vast bulk of Humanity have other priorities. Concerned primarily with their own survival and that of those close to them, most people spend far too large a part of their time simply trying to eke out a living to hold any strong moral underpinnings that go beyond their immediate social group. By the same token, these folk are not so self-centered as to ignore the well-being of that social group (whether it is his family, village, tribe or whatever) and give themselves over, whole cloth to Chaos. Thus, many of those aligned with Neutrality align themselves thus merely out of expediency and the fact that they don't have time to make a decision or to devote themselves to one cause or the other.


Preservers of the Balance 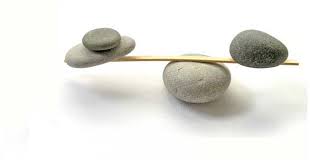 As Law and Chaos vie for supremacy, they ravage the world and leaving ruin and death in their wake. While those ethically committed to on side or the other claim this fact reflects the urgency of devotion to their side, that if Law or Chaos were to win the war, the entire world would be better off (if not the cosmos), there are many who understand that an end result on either side might be far worse than conflict. A balance of power, these philosophers posit, is far more desirable than the perfect, machine-like order of Law or the might-makes-right objectivism of Chaos; should either side attain primacy and victory over the other, the common man would be crushed beneath the weight of these cosmic forces. These philosophers actively work to support this balance, often playing devil's advocate for under-represented sides and willingly acting as a champion for either Law or Chaos, whichever side is on the decline at any given time. 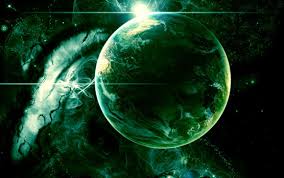 It is worth noting that Law and Chaos are only two of an uncountable number of cosmic forces, primarily notable because both actually have a stake or take an interest in the action of mortals. Far more prevalent, however, are the cosmic forces that take no notice of Mankind's coming and passing, life or death; far more prevalent are the cosmic forces which regard the whole of the world as, in the larger scheme of the universe, being completely irrelevant. One aspect of Neutrality that Law and Chaos overlook is the devotion to those forces that are beyond mortal reckoning and dwell outside of mortal experience. Operating in and upon realms far outside of man's experience, these cosmic forces represent vast oceans of power that mortals may be able to tap, but that care little for mortal affairs, demanding unfathomable and unpredictable devotions from supplicants. 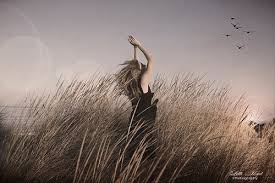 Though it may be orderly or wild, nature itself is neither lawful nor chaotic; similar to the cosmic forces mentioned above, nature cares only for the rise and fall of tides, the change of seasons and the life cycles of all things that grow. Nature has no goals, has no ends justifying its means, it has only method, for it is the process of vitality that drives all living things. Beyond such petty concerns as the self or civilization, nature merely is and will continue to be; so too are those who devote their lives to nature. For these devotees, neutrality is merely the path that life itself takes when no outside forces interfere with it; it is their responsibility to make sure that no forces are allowed such interference.

Finally, and perhaps confusingly, there are those champions of Neutrality who view it as the only true path to freedom for the mortal man. Law, they reason, is a devotion to the gods and their cause of celestial perfection, a sublimation of the self in favor of blindly following the dictates of higher powers or structures; this devotion, the continue, robs the individual of choice and, thereby, freedom. Similarly, these champions posit that the will to power philosophy of Chaos sacrifices choice and freedom upon an altar of selfish power-hungry idiocy, that Chaos encourages a simplistic, systematic choice of self-satisfaction over any other motivating factor. These champions refuse to compromise or limit their own capacity to act as masters of their own fate, to bow to either gods or demons.
alignment DCC Game of Taps Metal Gods of Ur-Hadad