16 October
First, I'm back, folks. I took some time off of blogging first to go on vacation to a Polish festival in Grand Rapids, Michigan, then for my sister's wedding last week. Now, though, I'm back and already sticking plenty of irons in the fire for new material. 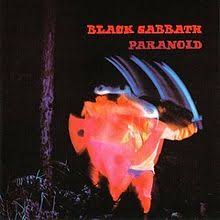 Second, I was talking to Edgar of Edgar's Game Blog as he and I hash out details for our upcoming G+ DCC campaign and I hit upon an idea that got me really excited. I was looking for inspiration in song titles (Edgar's already doing this and seems to be making his part of the campaign based on this idea) and realized that (a) track titles are also accompanied by numbers and (b) each track could be interpreted to mean a bunch of different things. And so, the first inklings of what I'm presenting here today were born.  The document attached here is a table ideally designed to help generate on-the-fly adventure elements inspired by the titles (and contents) of songs from the Black Sabbath album, Paranoid.

Use the linked table by rolling 1d8 and 1d4 at the same time, determining adventure elements as you see fit. These are not meant to be the entirety of an adventure, merely a jumping off point for you as the DM/GM/Judge/Referee to use to fill in the gaps in between.

And so, without further ado, here's the file:

Let me know what you think.
Albums as Idea Generators Dungeon Mastering Game of Taps Metal Gods of Ur-Hadad