More Thoughts On The Noah Tax & the Owl-Witch of Hargvald

22 December
In the week since I proposed the Noah Tax, a lot of folks have stepped up saying they like the idea (and thankfully no one has stepped up with a "that's stupid," even +Jason Hobbs). Having had a week to think about the tax, I'd like to propose a few more thoughts about it:

Pretty much everything I want to say about the Noah tax right now stems from one of these three things. Earlier, I had a few guidelines I wanted to throw in as well, but I think all of them can be reduced to one of these things. Well, other than this: "don't be a dick about it." Remember that nothing is obvious, especially on the internet and doubly so for your thoughts about and experiences with a thing. The Noah tax is sharing those experiences with the community; to turn "ooh, shiny" into "hey, this thing is cool and here's why." "Why" will always win out over "what."

My last dig on this subject is that hashtagging #Noahtax isn't mere hipsterism, it helps G+ categorize posts. You can search for #Noahtax on G+ or even just click on the hashtag when you see it in a post to see all of the posts with that tag, letting you look through all of the posts that have been tagged with it, which is pretty useful. G+ generates hashtags for you if you don't create them yourself, so why not just take command of them? It beats G+ turning your use of the word "impotent" into the #erectiledysfunction hashtag like happened to the RPG Pundit last week. 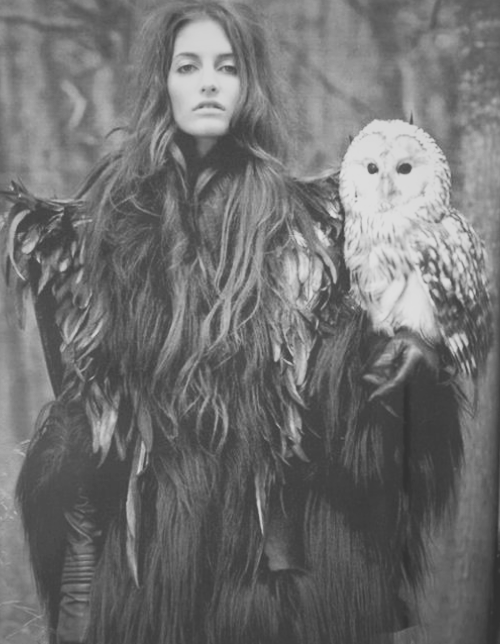 In the Jagirate of Hargvald, one of the small Orphaned Baronies on the Iron Coast, village-folk used to speak in hushed tones of a spirit of the wild places of the barony, a specter who haunted the wooded spaces and slept in disused barns. Part bogey man, part patron of the commoners, the feathered vision known as the Owl-Witch was said to keep vermin away from the homes and fields of those who appeased her and to steal the children of those who rose her ire. Rulers would come and go in Hargvald, but the Owl-Witch stayed, a figure both benign and baleful. The people of the villages would quietly offer gifts to the Owl-Witch and honor her in their Solstice Festival, for surely the longest night is the right time such platitudes to a nocturnal spirit.

The Owl-Witch may be encountered anywhere in the Jagirate, and is as likely to be found in field or forest as in the court of the Jagir (where she is honored as Ambassador to the Wizard-King of Owls and a concubine of the noble house of Hargvald-Navir). She will likely have the secret knowledge the player characters are after, but she will not let it go cheaply, nor will she suggest a price. Rather, she lets PCs name their own price, suggesting that neither gold nor silver is as valuable to her as it is to them. She goads the PCs into ever-steeper and stranger bargains, testing the darkness within their souls. Ultimately, she will agree to price that is in some way a sacrifice on the part of the PC in question; a damaging secret, a promise to betray a friend, a gift given by a loved one.

The Owl-Witch is largely non-aggressive, but can be threatening and occasionally confrontational, as she may have designs that set her at odds with the PCs (1-in-6 chance). If attacked, she will defend herself, seeking to cause as much mischief in combat before escaping, particularly through the Bestow curse spell (and whatever magics are at her disposal).

The Owl-Witch is a 6th-level Sylvan Witch and thus can cast spells as one (3/3/2/2), including Obscuring mist (2nd), Bestow curse (3rd) & Summon animals (4th) which she uses to great effect. She possesses the art of beast friendship (as the proficiency), can change shape once per day (as the warlock ability, typically into the form of an owl, for which the flight speed and talon damage is listed above; in this form she may cast spells as normal, though not in any other changed shape) and may pass without trace. She is seldom surprised (+1 on surprise rolls) and has very swift reflexes (+2 initiative). The Owl-Witch rarely carries anything of value, but may have a staff or wand at the DM's discretion.
ACKS G+ Iron Coast

It all started with one pic over on Instagram. James MacGeorge, author of Black Sun Deathcrawl, shared a pic of some newly-minted copies of WARBAND! that he'd had printed at his work before they outsourced the copy dept to, I dunno, may Staples? Since the in-house print shop was closing up, James had them print and spiral-bind a few copies of WARBAND! Why? Well, it's not exactly in print. Anywhere. Ever. In fact, I'm guessing that many of you have never even heard of WARBAND! and that's a damn shame. And so, let's take a moment to talk about WARBAND!

What is WARBAND!? WARBAND! is a complete RPG by Mike Davison over on the Sword +1 blog, built on a BX chassis, that's designed to DnD-ify the original Warband rules from Games Workshop's original Realm of Chaos series for 3rd edition Warhammer Fantasy Battle and first edition Warhammer 40k: Rogue Trader. In that series of books, a miniature skirmish game is presented whereby each rival player creates a Chaos Ch…