14 February
I've previously talked about buying war dogs and what their stats would look like. Well, for the past few days, my wife and I have been (separately) re-playing Fable II and since the dog in that game is such a core component, I had some more thoughts about them and particularly why you might want to work hard to keep them alive, rather than just viewing them as an extra set of attacks per round to sick on the monsters you encounter in the dungeon. With the recent death of Ol' Sucky the egg-sucking hound in the Metal Gods of Ur-Hadad campaign (sorry, +Wayne Snyder) and with how nuts the sheer number of attacks that the PCs in that campaign have been able to throw at the monsters that +Edgar Johnson & I throw at the players, it's high time we give a reason for these dogs to exist other than as free attacks. Here we go:

War dogs may be employed to assist in the guarding of the camp during periods of rest the same as PCs might. Similarly to PCs, guard dogs may be assigned one watch if they participated in adventuring that day (even dogs need rest, man), or may assist in guarding for the entirety of the rest period if they are allowed to rest while the party goes off adventuring. Guard dogs give the party +1d (that's a one die type raise) to notice would-be ambushers for the guard shift (or shifts) that they're active within. A guard dog may wake sleeping party members, should the guarding PCs allow it. A war dog on guard duty will engage in combat normally if the PCs on guard duty let them off the leash. 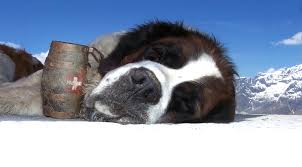 Sometimes, it may be advantageous to have war dogs on hand whose expressed purpose is to quite literally pull the PCs' asses out of the fire. Dogs may be employed as rescue dogs in an encounter only if they have not been involved in combat during that encounter or provided any other benefit to the group (such as any of the other things discussed here in this article) during it. If a war dog on rescue duty can reach a character in need of rescuing, he may do one of the following things:


These rescue actions may not be stacked together (the war dog will not allow the ally to instantly make a saving throw at +1d, for example). 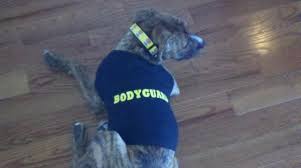 Some times, it makes sense to assign a war dog as a bodyguard for a specific character, often a character of the less-durable sort (like the party wizard). A war dog on bodyguard duty may not take part in offensive actions and must stay adjacent to his guarded ally throughout the encounter for the benefits listed below to stay in effect; furthermore, a war dog assigned to bodyguard duty will not initiate combat with any targets that have not attacked his guarded ally. As long as the war dog remains adjacent to its guarded ally, the following benefits must be accounted for:

Dogs may readily be employed to raise the party's awareness in a dungeon environment. If given a scent to follow -- or if the dog has already engaged in combat with the particular enemy in question -- a dog assigned to tracking duty assists allied trackers by improving their tracking skill +1d. Dogs assigned to tracking (or "bloodhounding") may have previously participated in combat without any penalty to tracking ability; thus, if a war dog participates in the party's fight against a group of goblins, it may help the party track the goblins back to their lair. Conversely, war dogs that participate in combat may not assist with general detection, but dogs who haven't may. A war dog assigned to detection duty gives allied scouts and searchers +1d on attempts to search, find traps, locate enemies and the like.