DCC Donnerstag: The Metal Gods, Part 4a; The Gonzo Version

22 November
Though clerics may offer prayers to Metal Gods and work miracles in their name, though wizards and elves may receive their patronage and the power of their Lost Hymns, only those whose mastery of steel may be chosen to join the pantheon. Whether smiths or swordsmen, warriors, dwarves and even halflings may ultimately ascend to the pantheon and ultimately replace another Metal God who will pass into history, barely remembered. As the adventurer learns to master his metal, he develops a legend around himself and soon sages and minstrels will record his deeds and victories, setbacks and defeats all as part of his ongoing saga of epic verses.

Whereas wizards, clerics and elves feel the influence of the Metal Gods from the moments they first tap into their power, those adventurers who follow the path of the sword must first demonstrate their commitment to violence as a valid conflict resolution method before feeling the favor of the Metal Gods. For these swordsmen, the growing legend of their exploits propels them forward toward greater deeds nearly becoming a self-fulfilling prophecy; the more they do, the bigger their legends become and the bigger their legends, the more they are capable of doing. Eventually, should their deeds become great enough, these adventurers take their place in the halls of the celestial realms, joining the pantheon and becoming Metal Gods themselves.

Once a warrior, dwarf or halfling reaches the fifth level of experience, he may choose to walk the path of the Metal Gods; should he do so, he has chosen the path of violence and warfare, forsaking all others. Though he may pay hirelings and mercenaries, never will he command legions of men loyal to him and him alone, never will he be lord of realm, a baron or a king, never will he be more than that which he makes of himself with steel. To follow the metal way, the adventurer may be a folk hero, but a folk hero without a stronghold, without a title and without retainers more loyal than their salaries.

There are two methods of determining just what will grow the adventurer's legend sufficiently to join the pantheon of the Metal Gods in the hearts and minds of common folk. The method we will describe today is better suited for more casual campaigns or campaigns in which the strange or bizarre is more commonplace. The second method is better suited to more "serious" campaigns or campaigns that are more worried about internal consistency and in-depth storytelling and will be discussed at a later date.


The Path of Metal: Gonzo Version 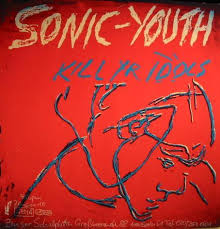 Okay, so not necessarily kill, more like "replace." Or "character modelling." Pick a metal band. Any metal band. Whatever choice you've made defines key aspects of your character and serves to model that character's behavior. Allow this choice to inform your decisions about how to play the character. A common question you might ask yourself could be "What would [whatever band] do?" ("What would Lemmy do?" All the blow, all the groupies, then wreck the place.) You might even change the name of your adventurer to reflect this choice, but that is not necessary. 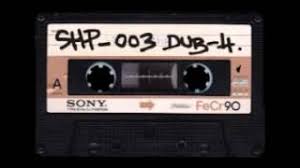 Now that you know how your would-be-Metal God will face his or her challenges, it is important to understand what those challenges are. There are two methods of determining what shape these challenges will be. The first method (the "Dub" method) involves simply picking a metal album -- again, any metal album -- and the song titles of the tracks on that album will help the Judge define what sorts of challenges and life events the adventurer will find in his path, what setbacks he will encounter and struggle to overcome. The Judge should make a point of working these album track titles into the overarching campaign and of letting the player know when his character has faced a Dub-inspired event (not necessarily before, however). The second (or "Mixtape") method tasks the player with picking 8+1d5 individual songs into a virtual mixtape that will, in all other ways, function as the track list from the Dub method. I encourage players to make this mixtape as much a labor of love as real mixtapes tend to be. 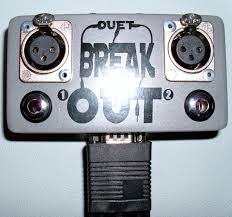 Finally, it's time to go back through your chosen band's catalog and pick one song that could have been (or might have been) the band's breakout single. The one they'll still be playing on the radio thirty years later. It doesn't ever have to have ever been a single (most of my favorite metal bands have never gotten played on the radio nor will they ever) or anything like that, just the one song that you think should have been their breakout single. Get the lyrics from somewhere. Send these to the Judge. If you can find the track on YouTube or Spotify or something like that, send that over, too. The Judge is going to use this to craft the "capstone event" of your adventurer's career and, if possible, use it to describe and define your character's ascension to the ranks of the Metal Gods. Judges, turn up the volume (to 11!) on what your player hands you and take the journey where the song sends you; if the makes you believe that the only way for the adventurer to ascend to the halls of celestial glory is to kill the Sargovax of Pluur, then the Sargovax (and the adventurer) had better watch out.

I wasn't sure how to move forward with the Metal Gods for warriors, dwarves or halflings. I knew that I wanted them to be able to join the pantheon (however unlikely that may be for halflings), but wasn't sure how. A little while ago, when I wrote about using Sabbath's Paranoid as a campaign element generator, I planned on writing more of those sorts of articles, but that idea is on hold for now because I've had so many other irons in the fire. So, when I was looking for an answer for "how do these guys become gods?" the easy answer was "metal!"
DCC DCC Donnerstag dwarf Game of Taps halfling Metal Gods Metal Gods of Ur-Hadad thief warrior